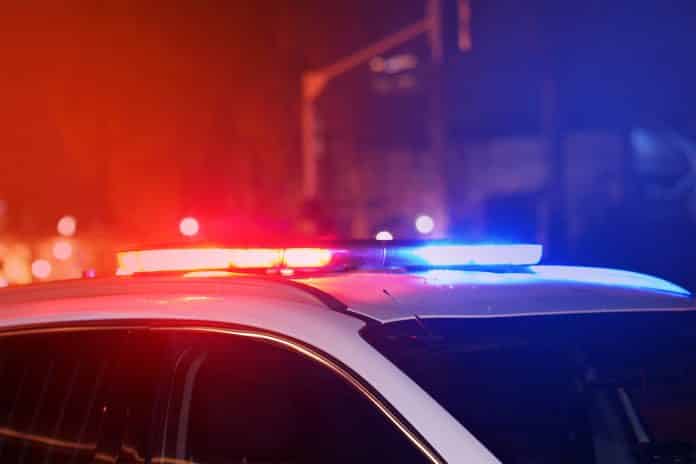 A little after 1:00 AM a new mom caring for her baby heard loud noises outside of the home. She woke the father who retrieved his handgun and went to the front door as she called 911. The father opened the door a bit and turned on the porch light. That’s when he saw a 17-year-old male standing next to one of his vehicles in his fenced-in yard.

The young male reportedly made a move toward the front door, and the father, fearing for the safety of his wife and infant, fired two shots, one hitting the 17-year-old. The suspect fled the yard by climbing over the fence and then ran down the street only a short distance until he collapsed and died. The evidence clearly showed that he was attempting to break the side window of the car to steal a wallet from the front seat.

The Florida State Attorney, after a thorough investigation, ruled the shooting justified and said the homeowner would not face charges. He stated:

“The resident stated he was scared and concerned about his safety and the safety of his wife and newborn child. I don’t doubt that anyone would be reasonably scared under the same circumstances. I’m certain he would make a different choice if he had it to do over. But the fact that he had other choices does not mean that the choice he made was an unlawful one. The law supports his ultimate decision, and we cannot disprove his right to the use of deadly force.”

Despite how it appears in this case, I’ll say it again; never use deadly force to defend simple property. Let me explain how this shooting is justified by paraphrasing the statues.

In Florida, deadly force is allowed to prevent imminent death or great bodily harm or the imminent commission of a forcible felony. Further Florida law defines burglary to a dwelling as a forcible felony. A dwelling under the law is not just the home itself but also the curtilage around the home. In this case, that also includes the fenced-in yard of this homeowner.

Because the suspect was trying to break the window of the car within the fenced-in curtilage of the home, Florida law views this as a burglary of a dwelling, and therefore deadly force is justified to prevent that crime.

Couldn’t the father have just closed and locked the door and waiting inside to see if the suspect would attempt entry? That very well may have been a viable option, but as the State Attorney stated above, having another option doesn’t make the one he chose unlawful.

I can understand a new father not wanting to hesitate to take action when defending his family against what he saw as an imminent threat. Still, I also seriously doubt that he or the suspect had any clue as to how Florida law would view his actions that night. In many other jurisdictions, the father could have been charged with manslaughter if not murder. The attempted breaking of a car window would not justify a deadly force response even though he likely didn’t know that was the suspect’s original intent.

This case illustrates why it is so vital that anyone who owns a gun for self-defense knows the law where they live. Thoroughly understanding self-defense law can help you survive a deadly encounter and the potential legal encounter after by showing you where the legal limits are and by helping you make quick, decisive decisions when you know that you are within those limits.

In a lot of areas the lives of criminals are considered more important than law and order, property rights, or the right of a person not to be beaten senseless by a mob. And that’s why we have thugs burning down cities now.

If these savages suffer the consequences of their criminal behavior they might stop committing crimes…….this thug sure won’t be doing this again.

First thing I need to point out in what your saying about cities burning down is a bit false as of recently. Second everybody is protected by the law until proven otherwise. Third and hopefully last, there are some people in the gun community who want to have an excuse to use their firearms as well as STUPID people who confuse being in fear of a deadly threat with “if I catch those punks near my car I’m gonna shoot them”. Just something people should think about.

So question, if he heard something outside why go and open the door? The husband shooting the suspect for trying to approach the door is understandable but why not look through the window? You know like any other sensible person would do. Relax people I’m not defending the suspect I’m only saying that theirs a difference between protecting himself and his family(congratulations on the baby) and simply going “get out of my car….BANG!!!). My question is did the husband go out there to confront the suspect? or did he go out there to confront the suspect? I ask all of this is because a few people get a firearm in their hands and people being people have to potential to let their emotions get the best of them. I don’t know about you folks but going out of way and leaving the safety of where I may be and then go taking someone’s life over an inanimate object leaves a bad taste in my mouth. Just my opinion.