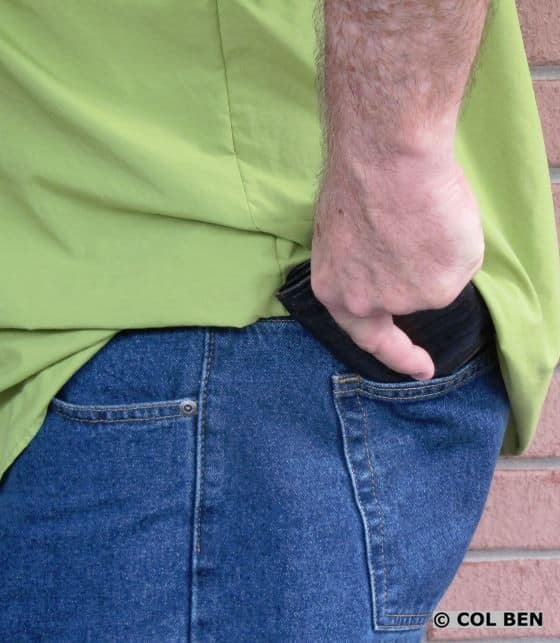 “Furtive” as defined by many dictionaries is “being shifty; characterized by stealth; surreptitious; sly and underhanded movement; an expression of hidden motives or purposes.”

In New York City (NYC) in 2003, police officers stopped and frisked 160,851 people and recovered 604 guns. In 2012, there were almost 700,000 people stopped there with 780 guns recovered. More than half of all stops were conducted because the individual displayed “furtive movements” — which is so vague as to be meaningless, according to S. Greenfield in his Criminal Defense Blog. Is this an evisceration of the constitutional right to be left alone? That’s another topic.

Judy Legum on the website thinkprogress.org says that in June 2012 NYC Mayor Michael Bloomberg defended the city’s controversial “stop-and-frisk” policy, saying it helped “take guns off the streets and saves lives.” “Stop-and-frisk” is a policy strategy where officers stop and search “people they consider suspicious.” This is a very subjective judgment call and, of course, one person’s shifty behavior is not recognized as such by another.

Statistics presented by Legum show in 2011, NYC police officers made 685,724 stops as part of the “stop-and-frisk” policy. Of that group, 605,328 people were determined NOT to have engaged in any unlawful behavior. Only 5.37% of all stops in a recent five-year period resulted in an arrest. In short, many people stopped did nothing wrong. Of those frisked in 2011, a weapon was found just 1.9% of the time. Frisks are supposed to be conducted “only when an officer reasonably suspects the person has a weapon.” These stops again were because the individual displayed furtive movement. So this involves much subjective and interpretive “guesses” and what is “reasonable” for one is most certainly not for another. What is furtive for one is not for another.

Do you want to bet your life or someone else’s on uncertain furtive movement? Now think about the implications of this for yourself as a concealed carry weapon licensed individual.

A furtive movement is a movement reasonably consistent with going for a weapon and not reasonably consistent with anything else. It is not an innocent gesture. It is a stealthy and sly movement, possibly toward a gun. We know that the justification for the use of deadly force involves your reasonable and prudent belief that the aggressor has a weapon, is in close proximity to you, made hostile movement or action, and threatens your life and/or serious bodily harm to you. If the “bad guy or gal” is close enough to employ such a weapon, and if his/her actions are consistent with an armed person trying to kill you, then the requirements have been met usually for you to justifiably use deadly force in order to defend your life. We also know the tremendous agony, cost, embarrassment, wasted time, grief, reputation damage, not to mention time in prison and fines, etc. that might result from your incorrect and unreasonable judgment call about that uncertain “furtive” movement. Wow! What’s a law-abiding, legally-licensed carry person to do? What a risk.

“Oops, I’m sorry I killed you” doesn’t count. Yes, you didn’t mean to do it and you are so very sorry it happened, but the guy/gal (or you) is still dead. There is no undelete or redo for the action. There is a large grey area that, should you make the wrong judgment call, can cost you greatly, in many ways. Consider that the movement toward drawing a gun from a back pocket or the back of a waistband is exactly the same movement someone would make toward taking out their handkerchief or their wallet from the back pocket. The movement toward drawing a knife from a front pocket is exactly the same movement one would make in pulling out coins or their keys from the pocket.

In a sad case in point, NYPD police officers mistakenly shot and killed a guy, firing 41 shots and hitting him 19 times. As reported in Wikipedia, Amadou Bailo Diallo was a 23-year-old immigrant from Guinea who was shot and killed in New York City in 1999 by four New York City Police Department plain-clothed officers. He ran from cops and suddenly whirled around and pulled out a black object from behind. The cops “saw” him pull out a gun, yelled “gun”, and opened fire. One cop began backing away from the danger and fell, convincing the other officers that he had been shot. After the “bad guy” was down, officers checked him and found — to their horror — that the guy had simply grabbed his black nylon wallet, supposedly to show his identity, and was unarmed. In this particular case, the officers were acquitted because of the many facts and the way in which the guy turned and thrust out the wallet which would be consistent with a fleeing criminal turning and pulling a gun. Such a very sad situation for everyone involved and those officers must live with this agony and misery the rest of their lives. Be cautious and careful out there! 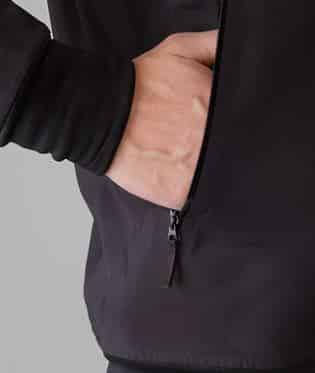 Another sad case happened in 2010 when Erik Scott, a West Point and Duke graduate, went shopping at Costco in Summerlin, Nevada. He was legally carrying a concealed firearm, as permitted by Nevada state law. Witness and officer reports differ on what happened. Allegedly, Scott began acting bizarrely, and would not leave the store. Some accounts indicate Xanax and pain killers were in his system after subsequent testing.

It is not disputed that police were called to Costco, and upon seeing Scott, demanded that he drop his weapon (this was recorded on the 911 call, as well as confirmed by a witness). As Mr. Scott reached for his holstered gun (which never left the holster) to drop his weapon, police shot him 2 times in the chest, 5 times in the back, killing him.) An eyewitness who was right next to Scott claims he didn’t have a gun in his hand or appear to be hostile in any way.

The officers involved in the shooting were subsequently found to be “justified” and were not charged. This case raises many issues: the first one is that of the right to concealed carry. If you can be shot for “acting bizarrely” with a furtive movement while posing no threat to anyone, then effectively, there really is no right to concealed carry. The right does not in fact exist if you have the “right to carry” but can be shot for a furtive movement.

Of course, there are some who justify certain police actions with the fact that the victim was non-compliant and thus deserved to be forced into submission. But in this case, Erik Scott was shot precisely because he was obeying commands to “drop the firearm.” How can one drop a firearm without touching it? Several witnesses saw Mr. Scott reaching for a weapon. There is no doubt the 911 recording reflects officer commands for Scott to drop the weapon. So, it seems as if he was shot for obeying police commands. It was the way he moved and complied. His furtive movement? I guess we will never truly know. We weren’t there and the facts are situational, subjective, and interpretive. Certainly one lesson here is to obey police commands and do so carefully, without any possible furtive movement.

What are your thoughts about furtive movements?

© 2013 Col Benjamin Findley. All Rights Reserved. This article may not be reprinted or reproduced in whole or in part by mechanical means, photocopying, electronic reproduction, scanning, or any other means without prior written permission. For copyright information, contact Col Ben Findley at [email protected].