Get Home Guns: A Practical Approach 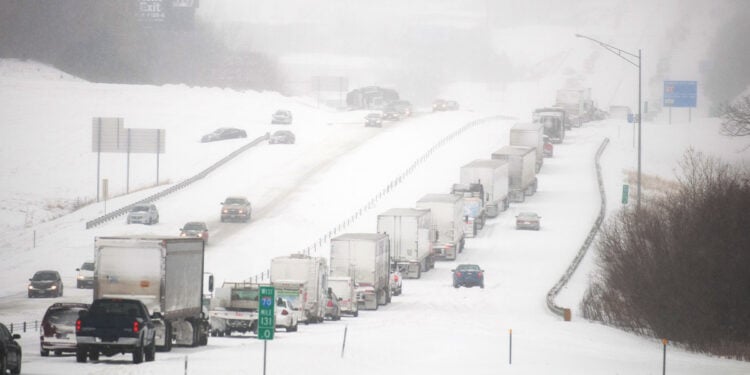 Among “preppers,” the bugout bag has been a popular point of discussion for many years, but often thrown in with that discussion is the significantly different “get home bag.” Essentially, a get home bag is a backpack or some pack that can be carried and kept in the vehicle in case of emergency. The idea is that the get home bag would have what you need to make it home in the wake of an event that disrupts your usual commute by vehicle or public transit, possibly even putting you on foot while far from home. Along with this discussion comes the debate over what firearms are best suited for getting home during a life-altering event. As would be expected, everyone has their own opinion. However, we should root our opinions on such things within the constraints of the reality we often ignore.

When people consider the circumstances that might arise to necessitate reliance on a get home bag, they often fail to consider the entire scenario. The preparedness community that often discusses this concept tends to only focus on the most extreme possibilities or the least probable ones. In terms of guns, any weaponry that is part of a get home plan should be, indeed, intended to assist in the get home effort. The general consensus regarding guns to keep in the vehicle for get home purposes seems to fall on long guns, in particular, fighting rifles. I believe that this is the wrong call for most, and I will explain why:

What could cause a worst case “get home” scenario that puts you on foot instead of in your vehicle or on public transportation? Those who believe in preparing for the worst in terms of keeping maximum firepower in their vehicle will usually consider mob violence or an immediate social collapse. Perhaps an EMP attack that neutralizes vehicles in their tracks. Certainly, a zombie apocalypse would warrant an AR-15 kept in the vehicle, would it not? But far more likely than a zombie apocalypse would be a severe winter storm, a flash flood, or some other natural emergency. A natural disaster that cripples the roadways may put you on foot to make it home or at least to safety. Far beyond firearms comes the planning for the appropriate clothing and footwear, shelter, water and food, and the ability to make fire, etc. While I have not witnessed news reports of anyone getting chased down by zombies after abandoning their car, I have seen several in the past few years of individuals dying of exposure after abandoning their vehicle during a winter storm. Perspective is in order.

The foremost reality that seems to be missed in this discussion is the fact that a worst-case “get home” event will put you on foot. That means you will be walking with whatever gear and whatever weaponry you keep for such an event. Consider how far away from home you are. Is your daily commute within several hours walk from home? What obstacles are potentially in your way when making it home? What is the terrain you will transverse? What is the weather like? Just as these things should determine your clothing and other survival choices, they should determine your gun choices. If you occasionally travel further afield by vehicle for work or other obligations, how far away from home might you be? A five-hour drive is many days’ worth of walking. What gear would you want to be carrying for that duration?

Should a true disaster shut down the roads and put you on foot, whether for several hours or for days, consider the fact that you will likely pass many other people, perhaps desperate due to the event. You will be observed by many pedestrians who are also on foot. Do you want to be carrying a rifle while observed by these people? This is the foremost reason that I am inclined to suggest reliance on the handgun for get home purposes. Statistically, the likelihood of needing discretion when traveling past or among other people will outweigh the potential need for superior ballistics or range provided by the long gun. The over-arching goal of your journey will be getting home as quickly as possible, and concealed discretion will be key to that success.

There are, of course, exceptions; if you live and work in remote and rural environments, and a get home predicament would put you walking through the woods or in the wilderness, I would submit that a rifle is a great idea. If you work in the city and will be walking primarily in urban and suburban surroundings, then the pistol is the solution.

Concealment will remain of paramount importance in such a circumstance, and the ability to move discreetly without attracting undo attention will likely be of far more benefit than the fighting capability offered by a rifle. A natural disaster or civil breakdown that abruptly shuts down the roadways will place you in the midst of people, many of which may also be struggling to get home and desperate for supplies. Carrying a long gun slung on your shoulder will place a target on your back and attract attention that you don’t want. For those who would argue that they would prefer to stick to the woods, travel only at night, and have their rifle with them the entire time, I would submit that such delay would be far more detrimental to your situation than being armed only with a handgun would be.

Having spent much time in the last two decades traveling to different cities, often several hours or more away from home by vehicle, I have gone through different phases in get home preparedness. Sometimes, when I used to travel to places that were rural in nature, I liked the idea of having a rifle well secured in the vehicle (theft of firearms is a major concern, thus, I am not a fan of leaving a gun in the vehicle on a daily basis) as I thought having a rifle would prove invaluable if something happened while away from home. I believe there is good reason to bring a rifle along when spending time at a destination, especially if you have your family with you and you would likely hunker down in place to ride out an emergency. If you must travel as quickly as possible on foot, however, the long gun will prove a liability.

My own experience has brought me to this: when traveling daily and within close range to home I simply rely on my carry gun. If venturing farther away for extended day or multi-day trips, I rely on the carry gun but also add a second handgun to the vehicle in a well-secured safe that is locked to the vehicle’s frame. In the event of a get home scenario, the handgun I am wearing would serve as the primary weapon, and the second gun would go in the backpack. Complete concealment, yet well-armed with pistols, is the key to mobility.

My two cents, for what it is worth.