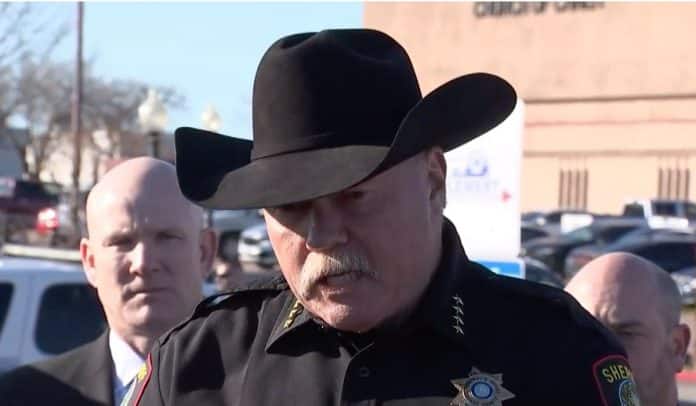 There was just a press release held by the local police department, Texas Department of Public Safety and the FBI regarding the shooting that occurred in the West Freeway Church of Christ.

They gave brief statements about the shooting to let the public know that there are no ongoing threats. The incident happened at 11:50 am. As you know, a man entered the church and opened fire on parishioners.

They stated that a “couple” of members returned fire, hitting the suspect who died at the scene. One parishioner died at the scene and another is in the hospital with life-threatening injuries.

The FBI has significant resources to aid in the investigation to get to the bottom of what happened.

Unfortunately, the country has seen so many of these that we’ve gotten used to it. A Couple of heroic parish ions that stopped short of anything you can imagine to save countless lives.

Horrific day for the county of TArrant. Evil walked boldly among us. But let me remind you, Good people raised up and stopped it before it got worse.