Gun Belt Myths — What You Need And What You Don’t 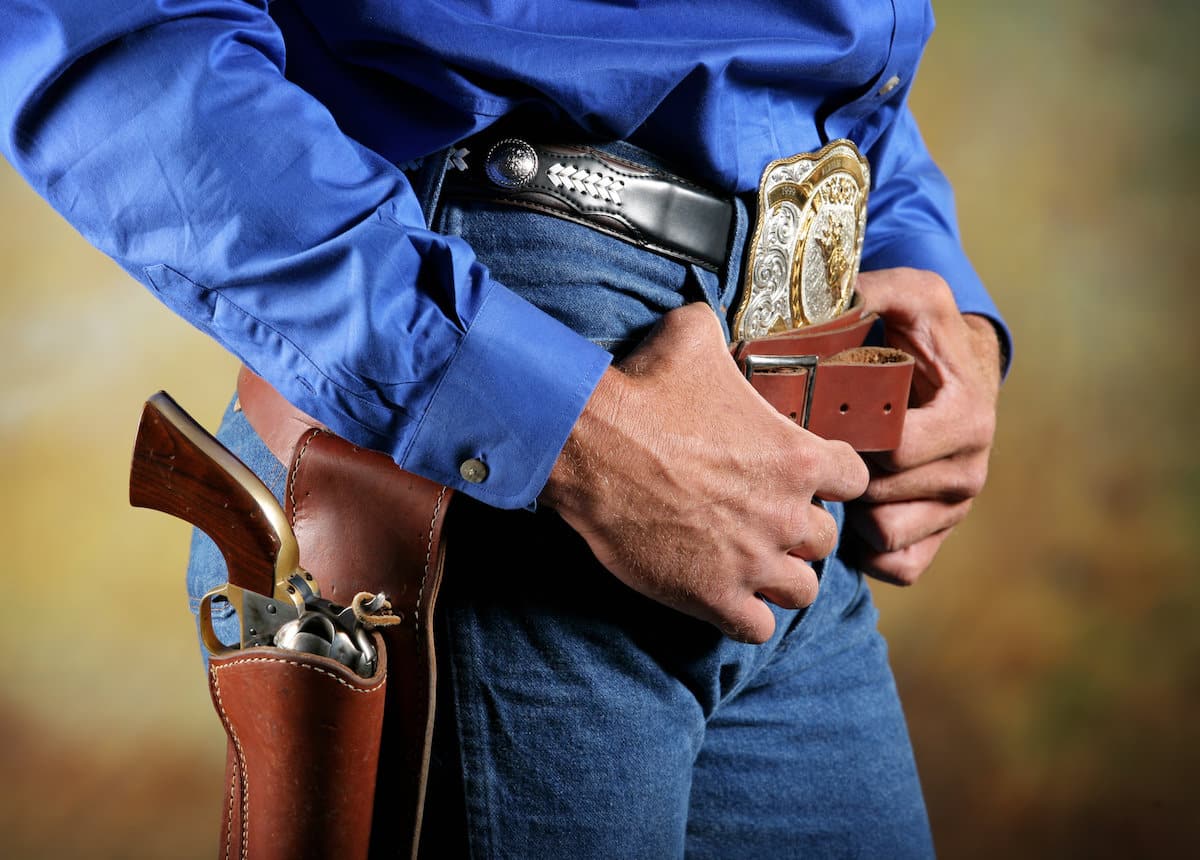 Every gun needs a holster — truth. Does every holster need a belt?

If you grew up on cowboy movies, chances are grand you saw a cowboy with a gun belt. It’s the quintessential accessory that’s survived even unto the 21st century. Thick, skinny, reinforced, two-layer… There’s a number of styles that get tossed around.

But what does a gun belt do?

Theoretically, it’s supposed to support your back and keep your britches level while you’re packing a gun and holster on the hip. That’s the practical application. But it really doesn’t take much to do that. Any belt, properly fastened above the hips and along the navel, will do a decent enough job keeping your holster level. The problem is that we don’t always wear our pants that way. So having a belt made of thicker material can help keep the belt line from flagging due to “gun sag”.

Gun sag is not an entirely invented term. It does describe what happens when someone who has a heavy gun packed on a flimsy belt walks around for more than a minute. Gun sag sets in the moment that belt isn’t ready to support the gun.

So, taking a step back, perhaps not all gun belts were created equal. Maybe we need a thicker, reinforced leather or synthetic fabric belt to keep things steady and straight.

Here are some major classifications of gun belts:

A leather gun belt is usually made of thicker leather, soft-drummed into shape. A good leather belt will last awhile even under the most trying of conditions (unless your dog eats it, see picture below.) but time is merciless to these belts. Often times, users get so attached to their original leather gun belt that long after the belt has stopped holding its form, they’ll keep on wearing it because it’s so darn comfortable. 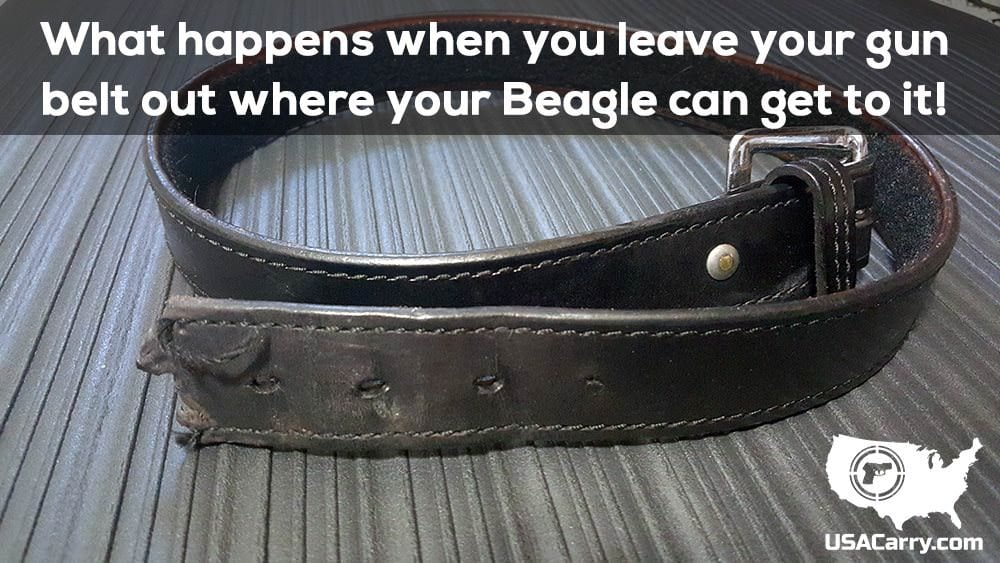 A canvas gun belt is often an off-shoot of a military trousers belt. In recent years, these belts can be around 1.75″ in width, making it an ideal shape for either belt-slide holsters or paddle clipped holsters.

This is a multi-layer belt comprised of one or more layers of synthetic or woven material. A rigger’s belt is a great example of a belt made out of reinforced synthetic woven material. It provides excellent lower back support and definitely supports the weight of tools, gun, and a holster just fine.

No matter how thick the leather, eventually it will give and warp to the contours of a person’s body. Things like perspiration, rain, mud, and the elements will wear down leather’s resiliency. Too thick, and leather can often be an uncomfortable choice. Reinforced leather gun belts attempt to find a middle ground. These reinforced leather gun belts can be made strictly out of leather or even a combination of woven elements to bring two layers of leather into better alignment.

At the minimum, there is a reinforced layer made of synthetic ABS or even spring steel which acts as a way for the leather to bend but regain its original form. This can often make the belt tougher and longer lasting than just leather alone. The biggest complaints with reinforced leather hybrid gun belts is that either the quality of the stitching gives way to the material used to reinforce it or it’s too rigid.

Because of the variety of manufacturers, it’s often good to check for a review of a reinforced leather gun belt prior to buying one outright. It could give you some perspective of what other users have experienced.

The price is quite varied and quality can be gotten surprisingly cheap, so make sure to look around thoroughly before committing to a gun belt that fits your style of everyday carry.