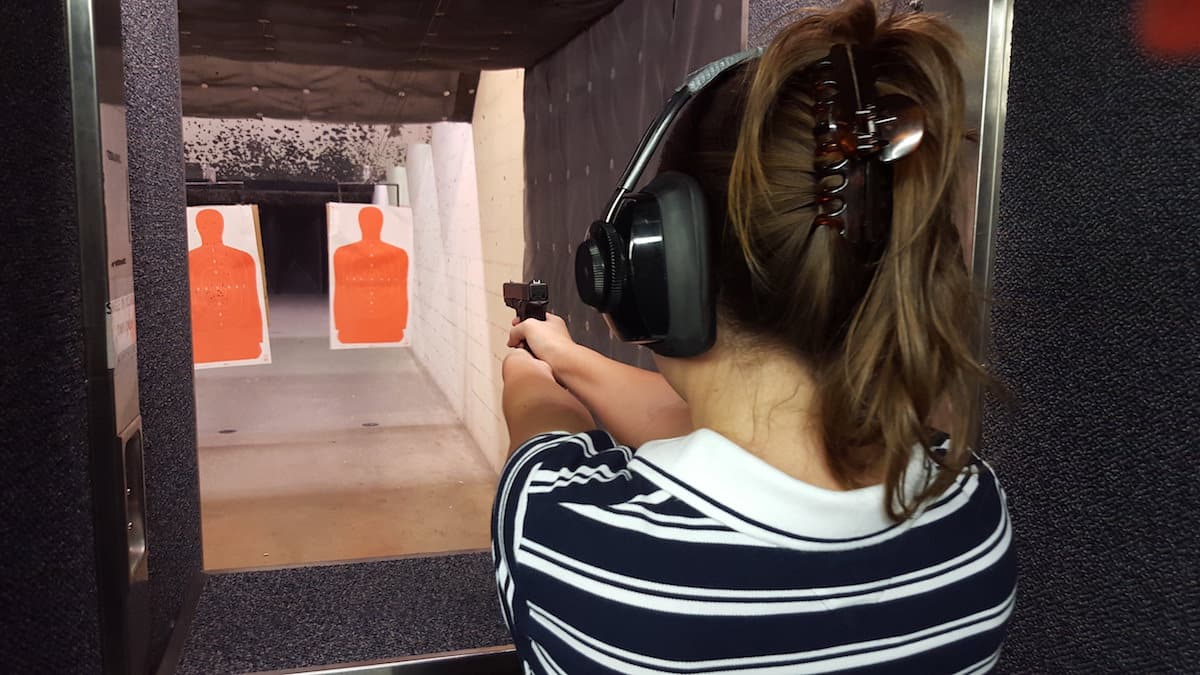 As we learn time and time again, guns are the great equalizer. So every time we hear that more women and minority groups are exercising their rights and getting their permit to carry, it is cause for celebration.

Take Antonia Okafor, the southwest regional director for Students for Concealed Carry. Okafor is a 26 year-old woman, and also black. As she explains it:

“We see ourselves as doing this as a means of empowerment. Real feminism is about empowerment and taking our safety into our own hands.”

Many people have taken their safety into their own hands in recent years, with a new report from the Crime Prevention Research Center showing that the number of concealed carry permits has risen 215% since 2007, that’s 14.5 million permits total! Women seem to be the fastest growing demographic; from 2012 to 2016, in states that provide data by gender, the number of women with permits has increased twice as quickly as the number of men with permits.

John Lott, author of the report from the CPRC and the book “The War on Guns”, agrees that there is empowerment in women arming themselves.

“Women benefit more from having a gun than a man because of the large strength differential between a male-to-woman attacker compared to [a] male-to-male attacker,” he said in an interview with The Daily Signal.

And it’s not just women that are running to get their CCP. The report also finds that the number of permit holders is “increasing about 75% more quickly among minorities than among whites.”

Okafor has a theory about this, saying that those living in the inner city “are the most likely to benefit” from self-defense.

“A lot of minority homes didn’t have father figures growing up,” she said. “The right to bear arms is a way to protect our community. Every weekend people are dying in cities riddled with gun control.”

Of course, Michael Bloomberg’s anti-gun group Everytown for Gun Safety disagrees. They argue that artificial fear, not empowerment, is the driving motivator for the growth within these minority groups. Their spokesman Andrei Berman says that because the rate of gun ownership in America has been declining over the last 40 years, “[I]t’s not surprising that gun manufacturers are desperately seeking to tap into new markets and that they’re using the politics of fear to drive new sales.”

Lynne Roberts, of the group Second Amendment Sisters, has seen a surge in women attending shooting classes, so much so that “We have to tell them to call before so we’ll have enough instructors. Now we have to limit it to 26, and it always fills.”

Roberts thinks that the women who are empowering themselves are not only starting to think differently but also vote differently.

“Women are voting typically on the Democratic side because over the last two or three generations self-defense and firearms were demonized,” Roberts said. “Women were told they can’t take care of themselves. That’s changing.”

However, JaQuan Taylor, a Democrat and student at Georgia Tech who advocates for campus carry, doesn’t see himself switching parties.

“It’s more challenging for me to pick a politician that wants to take away guns or prohibit them in anyway,” Taylor said. “I vote for the person more than the party, but I usually vote Democrat because they are pro-education. Since I’ve gotten a gun, I’ve begun to look at Republicans.”

For him, Taylor says, the gun issue isn’t a leftwing or rightwing matter, but an issue of freedom.

Larry Pratt, president of Gun Owners of America, also believes there an increase in gun ownership represents a political shift. He uses the example of a friend who was liberal and favored gun control. But after two of the professor’s friends were murdered, he got a gun and became conservative.

“Owning a gun marked the break with the tenets of liberal orthodoxy—that government can take care of me,” Pratt told The Daily Signal. “That opened the door to a broader realignment.”

Here are some other terrific findings from the CPRC report:

You can read the entire report here.