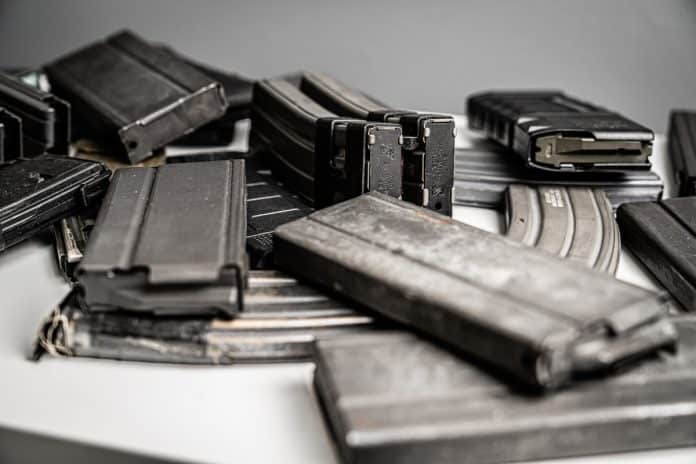 Long-term gun storage for banned firearms and magazines? It may seem like a strange business model, but that’s precisely what a storage facility in New Jersey is doing.

The Governor of New Jersey, Phil Murphy, signed a law on June 13, 2018, banning all magazines over ten rounds. So 10-round magazines are okay. But 11 or more is considered high-capacity? Where the lawmakers came up with this arbitrary number beats me.  But we don’t get into that in this article.

But one thing owners of these banned magazines are doing is turning them over to GunSitters Secure Firearm Storage Solutions. Gun stores are still legally allowed to store banned magazines. So GunSitters is working with County Line Firearms to collect and store magazines that gun owners have already purchased but are now banned.

This service starts at $1.25 a month per magazine. And since the grace period has expired, they can arrange an FFL to pick them up from you.

It’s sad to think that law-abiding citizens have to pay for storage of magazines they had previously purchased legally with their hard-earned cash. But I guess this is a better alternative to turning them into law enforcement or destroying them.

Especially since the Association of New Jersey Rifle & Pistol Clubs has filed a lawsuit to appeal the magazine ban. “Why would you turn in property you paid money for when a government has banned it when there is a lawsuit challenging it that could take a few years?” said Scott Bach, executive director of the ANJRPC via NJ.com.

I guess another alternative is to simply move out of New Jersey. That actually sounds like the best solution to me!

GunSitters provides other firearm-related services such as: