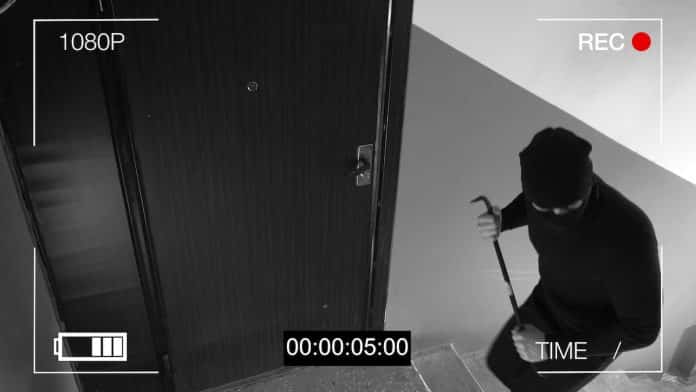 Idiots come barging through the front door. If they do – great. You read our article about carrying a firearm at home, didn’t you?

Outside of a burglar who just doesn’t have a clue or a team of burglars that dropped out early from Burglar Academy, most burglars aren’t looking to get their heads stoved in barging through a doorway where they suspect an armed homeowner waits on the other side.

Nevertheless, you should always have a home defense plan. Everyone’s plan can be slightly different due to where you live, who you live with and other individual circumstances. But here are six basics to consider when making your home defense plan.

Let’s be honest – no matter where you live, you don’t live in Fort Knox. And even if you did, that’s a liability because you don’t have two armored divisions pulling security. So your home likely has some weak points. Maybe it’s a window in a room where not a lot of people go. Perhaps it’s your children’s room. Whatever the case is, put yourself in a burglar’s shoes – where do you think you would have the most success breaking into your home?

Once you identify those areas, make a list of them. That ties into point #2 – shoring up the defenses.

Shoring Up The Defenses

If you know you have a weak spot – a door that needs replacing, a lock that doesn’t reliably shut, access to the second floor – do whatever you can to minimize that risk. It may mean replacing a lock, adding another lock, or even a home security system. Whatever it is – if you address it now, it’s one less avenue someone else can use against you later on. And be sure to read our article A False Sense of Security: 4 Common Home Security Mistakes to Avoid.

There are news stories where the homeowner heads out through the front door to investigate what he or she believes is an intruder and wants to confirm. In one recent case, the homeowner got shot in his own doorway. In another, a woman had to use a crowbar, a bat, and her own handgun to fight off an intruder who barged in after her. In both cases – we have a homeowner who’s naturally curious as to who or what is poking around his home.

Little insight – if you can’t guarantee force in overwhelming numbers – don’t go out poking around in the dark. Pull the blinds and use windows to determine the origin of the noise. It could just be a raccoon rummaging in the backyard. Or it could be an armed burglar looking to gain access. In either case, no need to alert them to your presence. Observe and once the observation has lead to the conclusion that someone is poking around your house – call the police. Accrue evidence. Do not go on the offensive.

We don’t mean the highest elevation in the house literally – we mean the most secure part of your quarters. If that’s your bedroom, great! The principal things you’re looking for in a defensible position are:

Basically, if your enemy has to enter into a room that he knows nothing about and has no familiarity with, his field of fire has to cover the entirety of a room. And to go into that room, he has to go in through a doorway. In a doorway, he’s a sitting duck. You, on the other hand, have a great centrally focused place to concentrate your fire.

All you need to do is secure your family and your firearms into one room, cover the doorway, and wait for police to arrive. The rest – your TV, your new weedwhacker – insurance can replace that. Once you’ve dialed 9-1-1, the time clock has started for the burglars to make their exit before running headlong into law enforcement.

Go To The High Ground

Here’s where theory becomes practice. You, your family, and your guns all need to get to one secure location — your designated “safe room.” While, in theory, this should be easy – practice is another thing. So practice. Get your entire family in on this because, if you are in this sort of emergency, they’ll all need to be on the same page as you.

Practice going to the safe room, blocking out the windows, and minimizing your silhouette. Give everybody a job to do. Your older daughter has to get your younger son because he’s in between her room and yours. Whatever the case – decide on it ahead of time and practice it.

If you’re caught in the unfortunate circumstance that burglars are already inside, you need to treat every corridor and every doorway with caution. Slicing the pie is a technique we bring up a lot because it’s important. Instead of just rushing into rooms or through corridors, incrementally “slice” them (or take them in sections). If you’re in a hallway and need to enter a room, you’re unwittingly exposing yourself to fire from either side. So – above all – risk yourself sparingly.