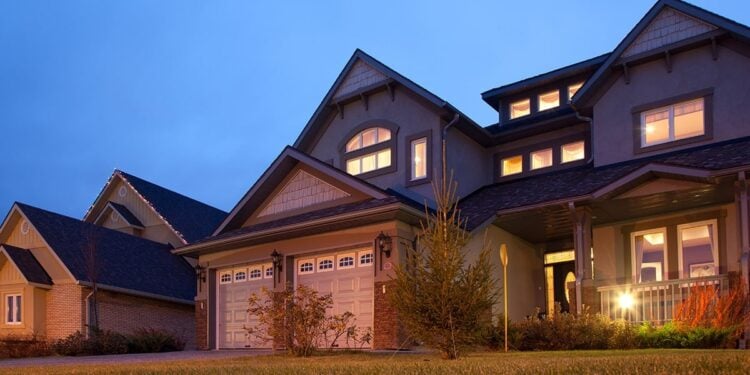 Things are different now. The year of the Covid19 pandemic unleased civil unrest on a scale not witnessed in the United States since the 1960s. Make no mistake, there is an insurgency within our nation that has been biding its time, and the time is upon us. While riots and violent demonstrations have been mostly confined to urban centers so far, there had been movement into suburbs as well, and we must consider the possibility of this trend expanding. In this new normal, a home defense plan must also take into consideration large groups of violent people invading the neighborhood and perhaps threatening your own residence.

The firearm certainly remains at the center of the home defense plan, as it is the only tool that allows the overpowered or outnumbered homeowner to prevail against determined criminals who breach the doors. However, this new and emerging threat is more complex and calls for a more layered approach than only considering a home invasion. Mobs of protesters may march through a neighborhood peacefully, posing no threat. However, there is the potential for mobs of violent actors to destroy property and people, and this is the concern. How should this scenario change our home defense plans?

To begin, we need to be aware of mob activity in our own vicinity. Keep an eye on the news and utilize apps that focus on the local community to be aware of any protesting in or near your neighborhood. While such activity can, indeed, spring up quickly, there is often warning given as demonstrations are organized. If you have enough warning and do indeed anticipate violence, bugging out to a safe location somewhere out of the region is always an option. Realistically, though, such events may occur fast, leaving no time for this.

Another measure to consider, depending on your home’s surroundings, is to install cameras that can be monitored that face the direction of the approaching street or sidewalk. From a self-defense perspective, we are concerned with people only on our own property. Certainly, if they enter the home, but being able to watch the activity of a mob can allow you to assess the aggression level of what is happening.

Defending Against Fire and Thrown Objects

A typical tactic used by thuggish rioters is to throw bricks, rocks, and sometimes incendiary devices, through the glass. Be especially conscious of your front-facing windows or any that face the main entryways or road. In the event of a protest, close all of your blinds and keeping yourself and your family members away from the glass. The blinds not only conceal you from prying eyes but can minimize the amount of shattered glass that flies around. Move your family to a central location in the house where there is safety from flying debris.

For the threat of fire, now is the time to acquire several good-size fire extinguishers if you don’t already have them. It would be best if you always had several in the home, placed in the kitchen, bedroom, and anywhere there is a furnace or combustible appliance. However, now is the time to place several others at the home’s entries and near any windows that face the street or other accessible locations. Along with a plan for dowsing flames should come a plan to evacuate the home should it be set ablaze. Consider your own home and neighborhood layout and plan an evacuation route according to what would be the safest means of fleeing while avoiding the crowd. Have go-bags packed and ready.

In the event of a protest in your neighborhood, do not leave the house. Do not go into your yard and threaten people or point guns at anyone. Resist the urge to protect property. As long as your entire household is in the house, stay there and barricade the doors. If a threat breaks in, then deal with it accordingly like any other home invasion, but don’t go outside.

However, another tool to have on hand, in case you need to go outside (for example, maybe you have a family member arriving at the home who gets hassled by a hostile, but not deadly, crowd) is a large canister of OC spray or bear spray. Bear spray tends to work well for such a need as it creates a large fog pattern that can work to disperse a crowd. Don’t leave the house unless you must, but this is a good tool to have on hand if you need to disperse hostile people. I recommend having a large canister of OC spray mounted in a front closet, next to a fire extinguisher, kept near the home’s entry.

Civil unrest is only one of many reasons to be armed, but the recent mob activity should lead you to evaluate your current home defense weaponry. The handgun remains the most readily deployable weapon for home defense, and it should remain the immediate go-to defensive option. However, violent home invasions by multiple criminals have led many to keep a dedicated long gun, shotgun or rifle, at the ready. I would submit that civil unrest and mob violence is yet another convincing reason to do this.

Should you face a situation of sheltering in place while violent rioters run through your neighborhood, having a long gun in hand is the obvious choice. An AR15 or similar rifle is ideal here, but a defensive shotgun might be your preference based on your environment and home situation. If living in a jurisdiction where such rifles are restricted or too politically incorrect to use for home defense, a good pump-action shotgun or lever-action rifle is in order, and such guns are certainly up to the task if you are trained with them.

We are living in scary times, and as such, we need to change our preparations to meet the emerging dangers that arise. While a good home defense plan is a consistent necessity, consider the possibility of mob violence in your overall preparation.

What Is and How to Practice Target Discrimination