What Is and How to Practice Target Discrimination 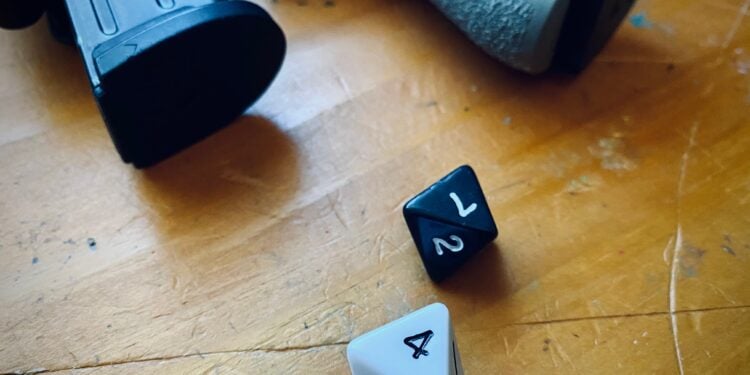 You don’t have to look long to find instances of an armed homeowner shooting the wrong person. Just recently, a man shot his pregnant wife, killing her. It is important to emphasize that we need to see what we are shooting at and confirm that we are actually supposed to be shooting. This is more a mental exercise than a shooting exercise. It is about forcing decision-making and acclimating ourselves to a process. To follow our safety protocols until we have fully identified the target and then decided that it is appropriate to engage the target. We must condition our minds to think, not just shoot.

There are a few different ways to accomplish this, but they generally work off a similar mechanism. Usually, they have to identify a specified number, shape, or color and then engage the target with that identifier. My first introduction to this type of drill was in a Combat Focus Shooting class. Targets were numbered and then arranged randomly, and students would have to engage the target with the instructor’s number. It was a drill shot one at a time and without prior knowledge of how the targets were arranged. It is a valuable exercise, but that specific format is limited because, at the very least, it requires a training partner.

To run this same sort of drill solo, we can use a similar setup, but instead of a training partner or instructor, we can use a dice to give us our number that needs to be engaged. This sort of falls short because since we are solo, we set up the targets and know how they are arranged. It might be the best we can do, though.

To add a layer of complexity, we can change the drill from “see number, shoot number” and make it a math problem. Instead of shooting the number on the die, we can shoot targets with numbers that would equal the dice’s number if added together or subtracted from each other. For example, if the dice roll were 5, I would shoot a target with a 2 on it and another target with a 3. Added together, they would equal five. This requires a little more processing to figure out. If we want to up our game a little more, we can also use more dice to have more possible numbers.

If we are on a range that doesn’t allow several targets to spread in front of us, we can also use this same basic structure with something like the Discretionary Command Training Target. There are several variations on this specific target, with the numbers in a different order to keep it interesting. Many different types of targets would use the same basic concept if you wanted to mix it up a little more.

It is even possible to work these skills in “dry” practice with these same Discretionary Command Training targets and an airsoft gun. This is particularly handy in the middle of the current ammunition situation. Just make sure you are actually using the airsoft gun and not your real gun. All dry fire safety rules apply.

Get out there, give it a try. Move beyond just shooting and start trying to add some processing to the shooting. We cannot afford mistakes. We should be training and practicing for more than just shooting.

Armed Citizen Shoots Back, Hitting One Robbery Suspect in the Head Twice