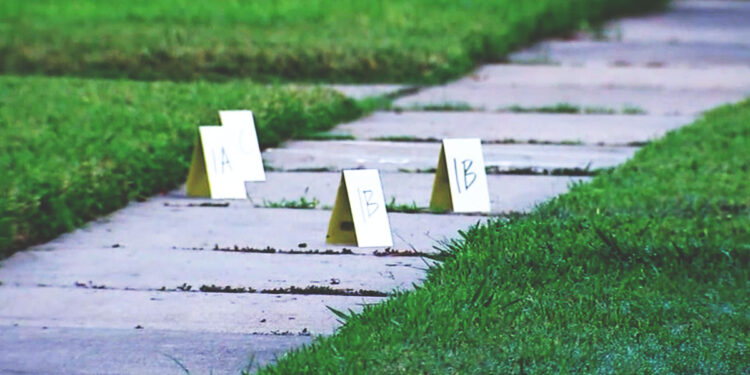 In Katy, TX, on the night of November 10, 2022, two men dressed in body armor and attempting to impersonate Houston Police Officers began pounding on the door of a home inhabited by two adult males and their mother. Upon kicking the front door in, the suspects entered the home and promptly began shooting.

The adult males, who had been roused by the banging on the door and were in the process of investigating the situation as the door was breached, confronted the invaders, and one of the shooters began firing in their direction. At this point, one of the suspects apparently shot his own accomplice. The wounded accomplice dropped his weapon and fled. One of the adult sons was able to retrieve the dropped weapon from the floor and fatally shot the remaining suspect. The wounded man who fled the home made his way to a waiting get-away car, and both the driver and injured accomplice were able to evade capture.

Investigators with the Harris County Sheriff’s Office believe that the home invasion was not random but have not yet confirmed the motive.

It is fortunate that no innocent people were hurt in this incident. Had there been time, a call to 911 would have been in order here, especially if real LEOs were dispatched to the wrong home. However, if there was any question as to the validity of the “officers” outside the home, once they entered the home and began shooting, there was little reason to doubt that this was indeed a criminal home invasion. It is not known if any of the inhabitants of the home had a firearm, but it seems that at least one of them knew how to use one.

I thought the Three Stooges were all dead.