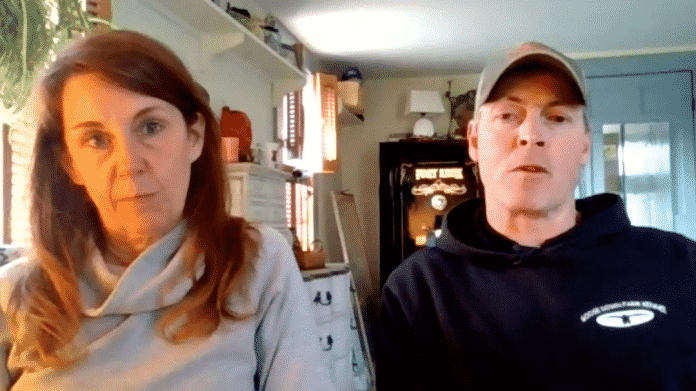 It’s 3:00 in the morning. You are suddenly awakened by your dogs barking and you then hear loud banging downstairs. What would you do?

A Buxton, Maine couple was not expecting this but they were prepared. While the wife called 911, the husband grabbed his gun and a flashlight and headed down to investigate. He reached his dining room as the intruder broke into the side door of the home.

He used his flashlight to blind the intruder and then ordered him into a bathroom and held him there at gunpoint until police arrived. The homeowner did not need to fire. The suspect faces multiple charges.

Buxton is a rural area a bit west of Portland and is not the sort of area that anyone expects this type of attack to happen. Yet it did and having a gun handy likely prevented anyone from getting hurt.

While millions of Americans have purchased guns in the last couple of months, how many also bought a good tactical flashlight to go with it? This story is a great example of how effective a good flashlight can be in low or no light conditions. If you’ve never experienced a flashlight in your eyes at night you should have someone do that to you so you can see just how disorienting it can be.

Blinding your attacker can give you precious seconds to evaluate the situation and to decide how to respond before the attacker knows what he’s dealing with. Even more important, you can determine if you are actually facing a hostile or not.

Ordering the suspect into a bathroom to ostensibly keep him contained for police worked in this case but holding someone at gunpoint, in general, is a risky move. You don’t know what weapons they might have hidden while they feign compliance looking for an opportunity to attack. You could also, under the extreme stress of the situation, inadvertently shoot them and face charges yourself.

There is a lot of potential legal risk involved in doing this not to mention the physical risk of having your gun out when the police arrive. The generally safer move would be to loudly order them out of your home and hope they run away thereby ending any potential threat as soon as possible. Yes, of course, you want to see the bad guy in custody but it’s safer to run them off and let the police track them down.