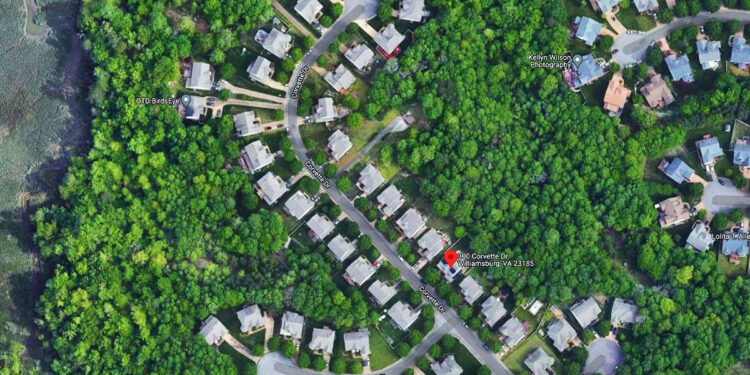 A homeowner was outside in his backyard with his family on Monday earlier this week, around 5 PM in York County, VA. They saw a man walk out of the woods behind the home. The family proceeded back inside the house and locked the door. Smart move.

The suspect walked onto the back deck of the house and started kicking the back door to make entry. He did not have a weapon but continued to kick the door multiple times. That’s when the homeowner fired and fatally shot the suspect. The police found him dead on the back deck.

York Poquoson Sheriff’s Major Ron Montgomery stated that it is unusual for this area, and it is a “quiet neighborhood.”

“Although we have a very low crime rate, that doesn’t mean we are going to be immune from these types of crimes.” – via WAVY

Good thing the homeowner had the sense to get his family inside, lock the door, and arm himself. Who knows what this man would have done had he broken the door down? And we say this a lot, but just because you live in a supposed quiet neighborhood doesn’t mean bad things can’t happen. Do you like in a gated community? The same thing goes for you. Just look at what happened two years ago in this gated community (link below); that is just one example. Don’t let the “quiet neighborhood’ or gated entrance give you a false sense of security. Arm yourself, get training, and be prepared.