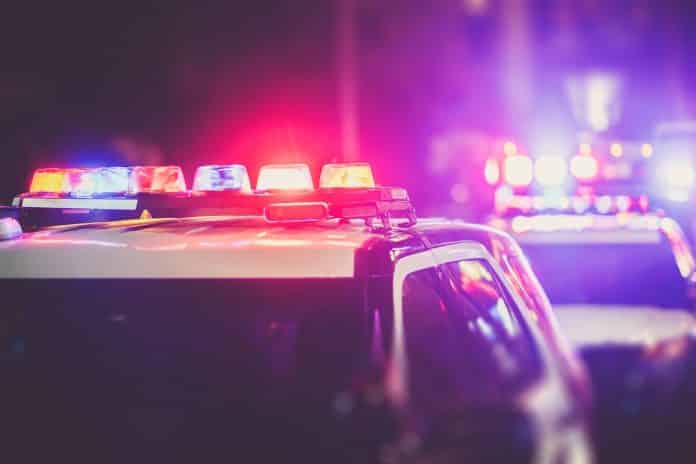 A homeowner in Wilkes-Barre, PA, was drawn to his front door about 10:00 PM a recent night as a man unknown to the homeowner pried open a locked screen door to gain entry into the house. The front door of the house was open.

After the homeowner repeatedly told the intruder to leave, he fired one round into the floor. It’s not known if the homeowner intended a warning shot or if it was a negligent discharge or even just a miss.

Either way, the intruder left the home and remained in the area and returned to the home to surrender to the police when they arrived.

Brewington told police he consumed multiple glasses of wine starting at 8 p.m. and fell asleep. He claimed he awoke from a nightmare and was scared, leaving his residence and going to a neighbor’s house for help, the complaint says. VIA TIMES LEDGER

All this sounds a bit sketchy as the suspect had to jump a fence to gain access to the front porch of the home and then find a way to pry open the screen door.

A common question in concealed carry classes is “If someone breaks into my home can I shoot them?” Well, as with all legal questions, it depends on the totality of the circumstances.

In this case, there was no report of the suspect exhibiting any violent behavior outside of prying open the screen door so it would seem that shooting him wasn’t necessary to prevent a deadly force threat against the homeowner. Of course, warning shots are always a bad idea because the very act of the warning shot shows that the attack wasn’t imminent or there wouldn’t have been time for the warning.

Would this homeowner have been legally justified in shooting the intruder? Perhaps, but not doing that, in this case, produced a far better outcome for everyone. Break-ins do occur by people under the influence who simply do not realize that they are at the wrong home and they have no violent intentions against anyone inside.

While the law does generally give us greater latitude in defending our homes with deadly force, a moment or two of restraint, if safely possible, could save a lot of headaches and heartaches for everyone involved.

It was a bit sketchy as the article states. The fact the perpetrator returned to the scene and turned himself in gives credibility to his story but needs some further investigation. He is perhaps affected by alcoholism and needs help. It is a better ending than an end of life scenario.