Homeowner Kills Man to Possibly Prevent Car From Being Stolen

by Brian Armstrong
in Articles, DGU
1 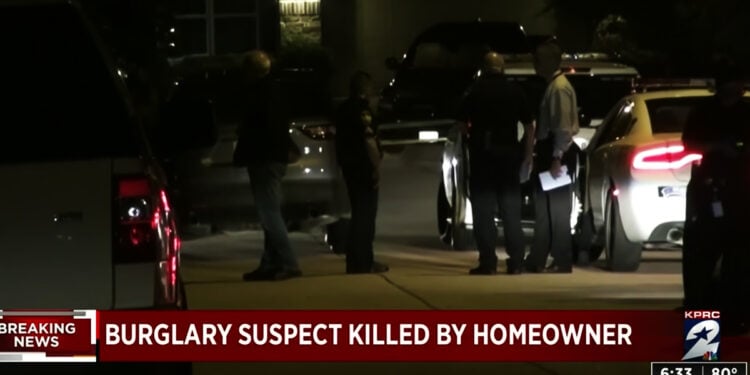 The Montgomery County sheriff’s office said they received “several” 911 calls regarding a burglary followed by a shooting in the town of Porter just North of Houston, TX on September 2, 2021.

When police arrived, the homeowner said his security alarm detected motion outside. He then told detectives he checked on the disturbance and found a man he did not know inside his vehicle. When the subject became aggressive, the homeowner shot the 23-year-old man two times and killed him.

“As the homeowner approached the vehicle and ordered the suspect out at gunpoint, the subject became aggressive and uncooperative and made the statement, ‘I will not go back to prison,'” Specialist Steve Squier with Montgomery County Sheriff’s Office said.

The suspect has not been identified, and as for the shooter, he will not be identified unless charges are filed in the case. The fatal shooting remains under investigation by the Montgomery County District Attorney’s Office and the Texas Rangers.

In Texas, you can use force, but not necessarily deadly force, to protect property. There are many comments on social media like “bad choice for the thief, good choice for the homeowner,” and “Way to go homeowner, we are tired of being the victim.”
Many people will applaud the homeowner and say it was great he took another criminal off the street but is it worth it. Killing someone is something you will have to live with for the rest of your life and is that something you can have on your conscience.

I’m on the outside looking in, and I am not sure what my decision would be since the homeowner said the subject became aggressive. Personally, I would think twice about going outside to merely prevent my vehicle from being stolen.