by Brian Armstrong
in Articles
5 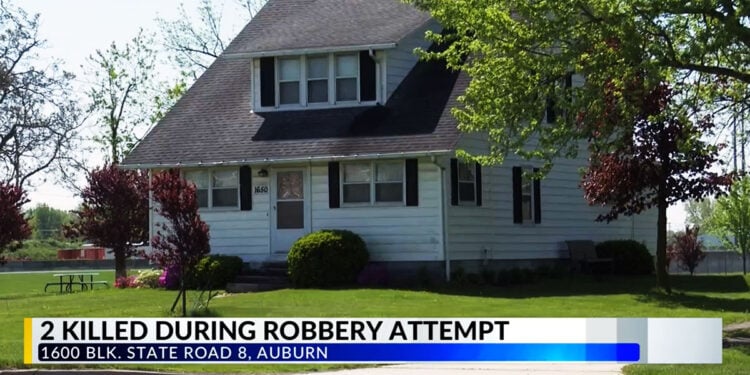 According to Indiana state police, four people confronted a homeowner in an attempted burglary around 6 AM Sunday. The incident happened in an area just North of Ft Wayne, close to where I was on my first fire department years ago, so I know it well.

The homeowner cooperated with investigators and gave a pretty detailed account of what happened. According to the homeowner, he woke up because his dog was barking. He found three people in his living room who had forced their way in through the house’s back door. Two of the intruders, 42-year-old Tabitha Johnson and 22-year-old Dylan Morefield, allegedly threatened him by holding a gun to his head. The third person inside the home was 36-year-old Rameica Moore.

At some point, the homeowner got to a shotgun he had by the couch and shot Morefield twice, then he shot Moore. The homeowner alleges he escorted Johnson out of the house and found a fourth suspect, 42-year-old Shaun Kruse, outside. The homeowner told Kruse to call 911 and held the remaining two offenders at gunpoint until officers from the Auburn Police Department and DeKalb County Sheriff’s Department arrived.

The victim also stated that the group was at his house demanding money the day before, and there had been other past interactions. It will be interesting to see where the investigation leads because it sounds like a mess.

The two criminals that were being held at gunpoint were Tabitha Johnson and Shaun Kruse. Although they did not actually kill anyone, they now face felony murder and felony burglary charges.

In Indiana, you can be charged with murder if someone is killed while you are committing a felony, even if you are not the one who directly killed the person. Johnson and Kruse may not have pulled the trigger, but their actions lead up to the deaths of Moore and Morefield. Kruse pleaded guilty to a forgery charge in 2014, and he was also convicted of felony theft in 2009, then again in 2012. Johnson took a plea agreement on felony possession of a narcotic drug in 2021 and had just been released from jail. They obviously didn’t learn from their past that crime doesn’t pay.

If the events unfolded, as described by the homeowner, he was well within his right to use deadly force. Not only is Indiana a Castle Doctrine state, but the unwelcome guests had been holding a gun to his head. The Indiana legislatures make it clear how they feel.

“the general assembly finds and declares that it is the policy of this state to recognize the unique character of a citizen’s home and to ensure that a citizen feels secure in his or her own home against unlawful intrusion by another individual.”

The two remaining suspects are lucky to be alive and not lying there with their accomplices.

According to court documents, Shaun Kruse confirmed that Morefield and Moore had a confrontation with the homeowner attempting to get money from him. Tabitha Johnson told the police she was just there trying to get her things, but trying to claim you were along for the ride isn’t going to work as a defense. The Auburn PD and DeKalb County Sheriff’s Department are a great group of people. I have no doubt they, along with the Indiana State Police, will do a thorough and fair investigation.

Regardless of the legal outcome, two people are dead, and two others have ruined their lives.

Woman Defends Herself Against Man Posing as Cop After Car Crash

It totally amazes me how family member will try to defend the perpetrator’s actions. When you hold a gun to a man’s head and trhreaten him, he has every right to defend himself and his home.

In California the family member of one of the deceased would be right.

Based on their Facebook comment I think parents are part of the problem. I’ve seen it over and over again when armed robbers get shot the parents blame their kid’s intended victim. Just messed up thinking. smh So glad two of them are off the streets for good. Praying the other two stay locked up forever too!

Was literally leaving work from across the street when it happened. I just wanted the cops out the way so I could go home and go to bed.