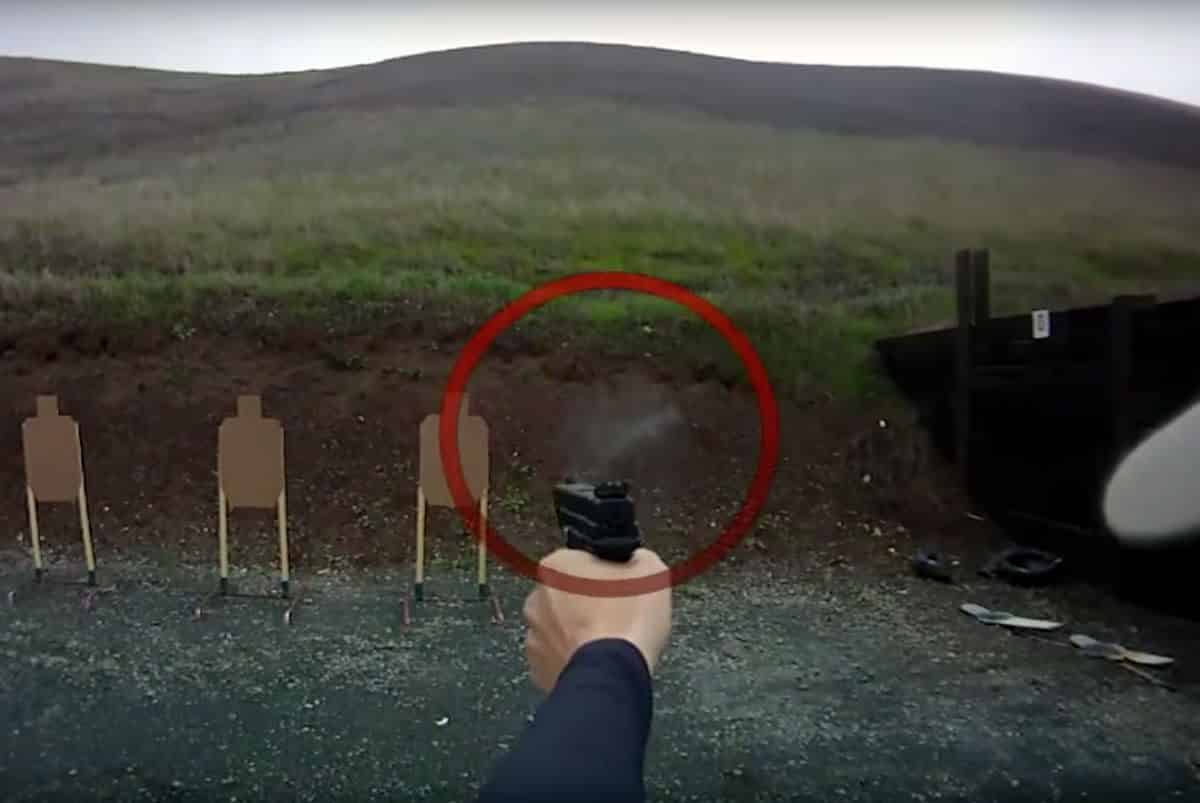 What is a squib?

A squib is when a round gets stuck somewhere in the upper receiver after it’s been fired. It did not properly eject from its casing and either didn’t have enough force to push out through the barrel or was obstructed by something in its way. In either case, we as concealed carriers need to be knowledgeable on what that sounds like and what it means for our handgun.

Squibs are difficult to detect if we’re in a face-paced target environment. The sound can be distinct as shown in a video below or it can sound like almost any other round. Here’s the problem, we have to know when it’s a squib before firing the next round.

Fast forward to 1:20 of this video to see an excellent example of what a squib can sound like.

In that case, it’s very likely there is a round lodged somewhere in the barrel of the gun. If the upper receiver pulls back to the rear, we have to then inspect the barrel to ensure a round ejected.

And here’s an example of what happens if you fail to remove that round.

The above example is a “least harmful” scenario. Guns have violently broken apart because one round collided into a previously stuck round in the barrel.

A handgun goes from combat-effective to dangerous paperweight in a matter of seconds if we’re not careful.

In the worst possible case scenario, you are in a defensive gun use situation, i.e. actively using your handgun to defend your life, when you detect a squib. Sorry, you have to stop shooting. Take cover and concealment immediately. Actively search for an avenue of escape by any means possible. You are now out of the fight in terms of being able to return fire — for the time being.

Step 2: Rack the upper receiver to the rear and lock it in position.

NOTE: Make sure barrel is facing in a safe direction and the upper receiver is facing away from your body.

Step 3: Inspect the chamber for a live round.

NOTE: If no round is visibly present, keep muzzle pointed in a safe direction away from your body.

If the bullet’s case is still in, use a pocket knife or tool to pull it out.

Step 6: Visually inspect barrel with muzzle facing away from you.

NOTE: If you don’t see light, shine a light down the barrel to see where the obstruction is located.

Step 7: Use a stick or metal rod to push the bullet out following the rifling of the barrel.

Step 7 may not work depending upon the extent of how bad the bullet is lodged in that barrel.

You may find that your problem is alleviated after Step 3. In which case, ensure there is no round lodged in the barrel before reloading your pistol.

A squib can be caused by any number of factors including:

Any of these things and more can be the cause for a squib. What you need to know is that if you have a squib in a combat situation, that gun is worthless to you until you find out where the failure occurred. This may mean subjecting yourself to further harm and risk as you attempt to withdraw from the active combat site so you can diagnose the problem. The alternative (e.g. continuing to fire after a squib) can result in injury to yourself, the permanent destruction of your handgun, and potentially you getting harmed by your adversary.

I usually gain roughly 6000-8000 bucks a month with an internet task i found on the internet. Everyone eager to do simple computer-based task for 2h-5h daily from ease of your home and make good benefit while doing it… Then this work is for you… KORTA.NU/NDe

I’ve experienced three squib loads, luckily all happened at the range. The first lodged in the barrel and could not be seen from the chamber. Used a non- retractable pen inserted from the muzzle to feel the bullet. Removed it by driving it out with a wooden dowel from the muzzle end. The other 2 were actually suspects since both bullets left the barrel and went down range. All three were new ammunition fired with weak bang, no recoil and with noticeable excessive smoke at the chamber upon extraction/ejection of the case.

I’ve had 2 squib loads at different times shooting .38 Special from a SW Mdl 64 revolver while I was an LEO. This happened during quarterly qualifications and were upsetting to say the least. At least I recognized the problems and didn’t continue to fire although the first time was actually the first problem I had ever had that was ammo or gun related. Both times were reloaded wadcutters from a local shop who was an “expert” in reloads for police training. Yeah, right.

Bad advice.
If you are in a close quarters fight when this happens, giving up and running away to cover is likely not an option–or you would have already done so. Use the gun as a club, or use your martial arts H-to-H combat training to continue the fight. Don’t just give up because one tool isn’t working. Just because your gun doesn’t work right doesn’t mean you have to give up or lose the fight.

I’ve made $84 ,000 at this point now working on line while I’m a full time university student . I’m using a web based business marketing opportunity I discovered and after that I’ve generated such great money . It is undoubtedly convenient to use and also I’m just so very happy that I discovered out about that . The possibility within this is unlimited . Here’s everything I do, please have a look at my account>>>