How To Talk When Cell Phones Don’t Work 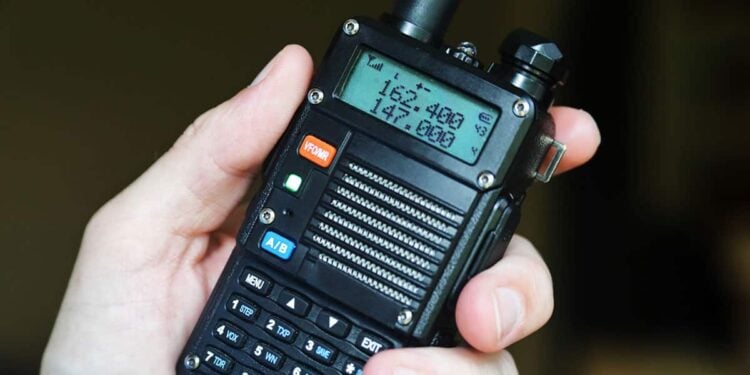 In today’s society, we take for granted how easy it is to talk to one another. Popular social media sites like Facebook offer a convenient messaging service and cell phones are owned by nearly everyone. However, in an emergency, these modes of communication are neither guaranteed nor secure. In this article, we’ll discuss a few ways to establish communication when the traditional telephone and internet doesn’t work.

The use of privately-owned radio sets is a great way to connect in an emergency. Hand-held devices are usually battery-operated — great when electricity is out. However, any battery-operated device will need to be recharged to be effective. There are also factors that may hamper communication. These include:

Before we get into what would be ideal in an emergency situation, we have to break down who talks on what channel.

Whichever mode of communication you choose to pursue in an emergency, purchase your handsets with the following in mind:

The more you transmit, the more your battery will be drained. Receiving takes very little battery power but transmitting uses an incredible amount.

Most Push-to-Talk radio handsets commercially available in the United States are severely limited in their capabilities. With no detachable antenna and a fair amount of obstruction, you may only get about a mile away before losing communication.

The PTT radio bands are usually Ultra High Frequency (UHF). An easy rule to remember is UHF works best with line-of-sight (LOS). If your radio’s antenna has a clear unobstructed view of the other handset’s antenna, you can talk for a good long-distance. If there’s anything obstructing that LOS, the range goes down significantly.

If you get separated by a long distance, find the tallest structure or highest elevation to extend the range out.

Your best bang for the buck with emergency radio communication is VHF. It requires a longer antenna but it can achieve far greater distances than most UHF options on the market.

The best mobile communication available is through the ARB (Amateur Radio Band). It will require you to pursue a license but the equipment available for this band will give you the best distance and capability should you be separated from your group.

Outside of using radio handsets, it’s always a good idea to establish places to meet up if you get separated from your family as part of your family emergency plan. Simply saying “meet back at home” may not work well if the other person is traveling 50 miles away. Figure out a good place to meet up if communication is down and then practice that plan. Taking a radio handset with you can also be an effective tool.