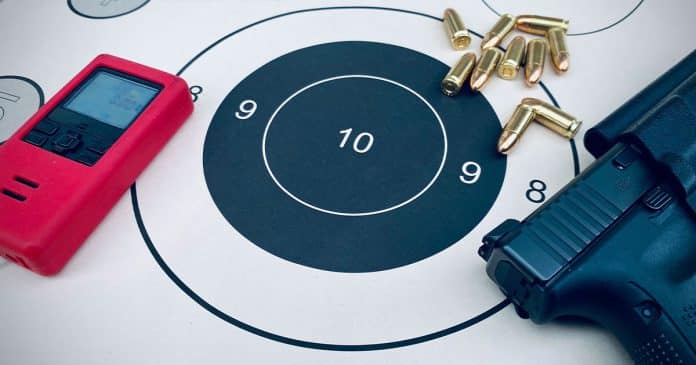 Depending on what internet circles you run in, you may have heard of Kyle Defoor’s Hat Qual. It is a shooting test that Kyle uses in his classes to assess performance. Unlike most other shooting tests used by roadshow instructors, it focuses less on speed and more on accuracy. Just my speed.

Who is Kyle Defoor?

If you don’t know who Kyle Defoor is, he is a Navy SEAL turned military contractor turned roadshow instructor. He teaches under his own label Defoor Proformance Shooting and has been for quite a while now. I haven’t had the opportunity to jump into one of his classes yet, but I have been shooting his pistol tests for a while. As it is called the “Hat Qual” is his latest addition to his pistol tests. In his classes, if a student shoots a 90 or better, they earn a Defoor Performance hat, hence the name. Kyle also regularly posts his own Hat Qual results on his Facebook page. I am pretty sure to make us all feel bad about ourselves.

The Hat Qual is a 10 round test, shot at 25 yards, on a B-8, with a 20 second PAR. Passing is 90 points or better. That basically means everything needs to stay in the black on the B-8 for the most part. It is possible to drop a round or two in the 8 rings and still make it with enough 10 ring hits, but it would be a bit of an uphill climb.

While I don’t know that I would really call the time limit generous given the accuracy standard, I think the drill’s accuracy is the hardest part of it. Since I tend to be an accuracy-focused shooter, mostly because I suck at going fast, I gravitate to this shooting standard. Bonus that it is only 10 rounds, especially these days.

Kyle can pull off passing scores with pretty much any gun he shoots it with. A testament to his skill level. I struggle to pass it with a midsize handgun. Anything smaller than a Glock 19 sized gun would probably be a definite no-go for me. This test really measures a person’s ability to have a near-perfect shooting technique while under moderate time pressure. A small error here or there might still get a 90, but over the course of 10 rounds, there are many opportunities for mistakes to happen. The smaller the gun gets, the harder it is to keep all of those errors out.

It is also important for anyone shooting this drill to know how their gun shoots. The black on a B-8 is 5.5” across. If your gun shoots to the sights a certain way and you mess up on the point of aim, it will push your group out of the center of the target, dropping points. Most people don’t think much about the need to zero the iron sights on their pistols; this test will reinforce that need.

The Hat Qual probably isn’t for the novice shooter. It would serve as a good goal to work towards, though, and is logistically an easy standard to shoot. The PAR time is long enough that a shot timer isn’t strictly required. A shooting partner with a stopwatch would be sufficient, or a free shot timer app on a smartphone would also probably work. If I were new to shooting and set this as my goal, I would start at a shorter distance and see how it goes. Really work the sights and trigger hard in dry practice to save ammo, and then start adding distance as skill level allows. Once I could shoot a 90 at a certain distance, add a handful of yards and keep working.

If you know your way around a handgun pretty well already, give it a try. It can be a good gut check because most people are not practicing to this high of an accuracy standard. Certainly not with a time limit also. If you can pull it off, you are probably a cut above most, especially if you can do it on demand.

Good luck, and may the force is with you. Now I need to do more dry fire.