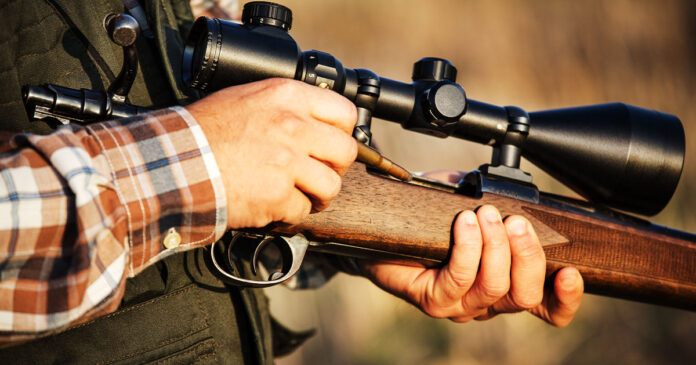 Obviously, legacy firearms such as hunting rifles, shotguns, and revolvers aren’t ideal for defensive purposes. But if we start seeing more anti-gun legislation passed…they may be all we have to work with.

In restrictive states, hunting rifles, shotguns, and revolvers are scrutinized to a lesser degree because they’re old or have a “sporting purpose” and therefore are perceived as being “less deadly.”

Let’s go through a thought experiment.

The Idea Is Preparedness, Not Capitulation

The point here is not to prepare to give up on our rights as Americans or – more accurately – as human beings. In fact, the opposite is the case. Right now is precisely the time you need to write your representatives and donate to gun rights organizations.

Instead, the point is to think about how to live under less than ideal circumstances if you have to. If a hunting rifle like a Model 70 or a Marlin 336, or a Remington 870 shotgun is all you can have…you have to be able to make it work.

While some states are becoming MORE gun-friendly, some are becoming less so. There is also a Democratic majority in the House of Representatives and an anti-gun president in the White House. The chances of increasing restrictions are very real.

We can infer from the states that are already prohibitive that “sporting guns” – i.e., ones that don’t look like scary military rifles or pistols – are rarely banned. In a restrictive jurisdiction, a “safe” gun is going to be questioned a lot less than a “scary” gun if it had to be used in a life-threatening scenario.

What we as a gun-owning/self-defense/Second Amendment/whatever you want to call it community should contemplate is how to stay capably armed if we had to deal with an assault weapons ban or national capacity restriction.

This isn’t to say, “go out and buy a geezer gun right now.” This is to say, “this is a possibility and – if it happens – here are some ideas about what to do.”

We Know What The Best Choices Are

Of all the legacy guns, the best options are fairly well-known.

Lever-action rifles are generally faster to operate than bolt-action rifles; have a look at some Cowboy Action Shooting to see what they’re capable of with some tuning.

Of course, that isn’t to say you can’t use a hunting rifle for self-defense. Both world wars were fought with bolt-action rifles, and a lot of people never came home after getting on the wrong end of one.

Pump-actions are cheapest but require the most practice to run efficiently. Doubles get shorter shrift than they possibly deserve; an ejector model in practiced hands is faster than you’d think. Semi-autos are the best and most obvious choice.

1911s and revolvers are far from the best handguns for personal defense, but plenty of work has been done with both. In practiced hands, they are wickedly efficient despite low capacity.

Ammunition choices are actually simple. While shotgun ammunition is old news (buckshot or Foster slugs), rifle ammunition is easy to choose from. Hunting ammo is generally designed to do the same thing as defensive ammunition; Remington CoreLokt and Federal PowerShok, for instance, are expanding projectiles.

Legacy platforms can be a lot more effective than you might think, but there are some real caveats to be aware of.

Practice Still Makes Perfect With Hunting Rifles, Shotguns, Or What Have You

It doesn’t matter what kind of gun it is; hunting rifles, shotguns, or revolvers still must be practiced with.

Any manually operated firearm takes a lot of reps to gain proficiency. If you want to have a legacy or sporting gun as your backup in case of legislative restriction or even as a primary method of home defense, practice makes perfect.

The rules don’t change; a sling and a light should be on the gun, and range sessions should work practical skills. Up drills with a long gun can be done with a shotgun or a lever-action rifle just as much as they can with an AR or AK and should be done on a timer.


Another thing to bear in mind, most aren’t designed to be run hard, put away wet, and go through half a case of ammunition in an afternoon. You might not be able to sustain as heavy a firing schedule as you’re used to.

Yes, lever-action rifles and shotguns and so on are old and aren’t as good for defensive purposes as an AR-15 or a modern 9mm handgun. But a lot of good work was done with them over the years, too. If it’s all one has…they can still work if you know how to work them.

If that’s all you have to work with…it’s a good idea to know how.

Can I get an article about what weapons we should get if the government comes and takes these ones listed? I like the idea of sticks, but I think rocks can be more easily customized for hand size.
Seriously, this is why I tell people tyranny isn’t being stopped. This is also why they are ramping all of this up. They know they can and will.
Maybe, if anyone is lucky, we’ll get a representative or two that point to the Constitution and say “no”, but that is all they will do and government will still do it.
This article really sums up the state of our country.

Yep, once a ban on 1 particular group of firearms is in place, they will simply move on to the next group until none are left…The expect edged items to next (much like in the UK) and eventually anything and everything that can be used for self-defense will be an issue if used that way….but it’s OK cause They’re From The Government And They’re Here To Help!

You don’t allow them to take your guns. The 2nd amendment is here to protect you from a rouge government.