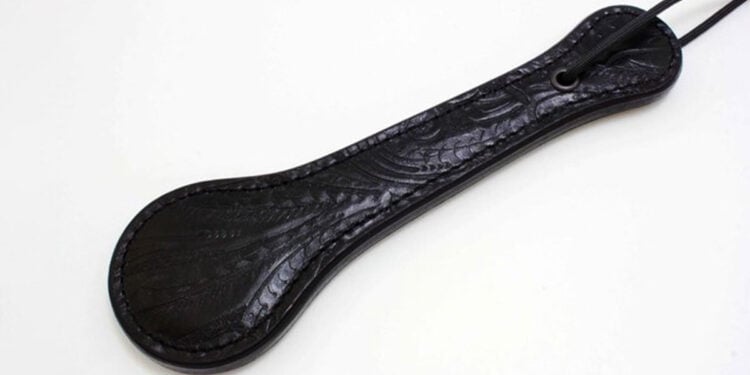 Impact weapons come large and small; batons are an example of a larger dedicated impact weapon, yet a pocket stick, kubaton, and similar, are small impact weapons. Since any object that is hard and robust can be used for impact, then certainly flashlights or any hard object you are currently holding or have access to can be forced into this role. However, in terms of items that are dedicated impact weapons that are also small enough to carry feasibly, the most effective options are saps and blackjacks. These items are small, yet they have weighted ends that allow for the generation of significant power when swung in a blow. Such tools generate far greater power than kubatons or other similar items that essentially enhance a hammer fist blow.

Saps and blackjacks are very effective. Unless you have used one and practiced hitting with it, you likely don’t appreciate how much power they can generate because they look small. In fact, I can tell you that if I had to face the hypothetical theater of the mind scenario of being put in the Thunderdome against a much larger, stronger, and ruthless man for a fight to the death, if I could choose a blackjack or a knife, I would opt for the blackjack. The reason? Knives are extremely lethal, but the mechanism by which they damage takes time. Bleeding to death takes time, and in that time, a dangerous adversary can continue to damage you. However, impact is instantaneous, and when landed on vital targets on the body, the impact generated through the swing of a sap or a jack is telling and quick.

The significant downside to saps and blackjacks, however, is this; they are illegal to carry in the vast majority of places. Now, this is not an article offering legal advice, but this is an issue for consideration. The reality is that in most places in the country, you can carry a loaded handgun legally with a carry permit, or in many states constitutionally now, but even in most such jurisdictions carrying a sap or a blackjack is illegal. Most jurisdictions also prohibit the carrying of collapsible batons, so know the laws in your vicinity. Like all laws that prohibit and limit the carry of weaponry, this is ridiculous and accomplishes nothing in terms of preventing crime, but it is the reality. Therefore, while formidable in force, these items are legally precarious.

The truth is that the restricted nature of these weapons causes most concealed carriers to avoid them. Again, most places that prohibit such impact tools are fine with the carry of the far more deadly handgun, and most jurisdictions accept the carry of knives as well, at least those of limited blade length. These legal issues have much to do with the reason that impact weapons are not nearly as prevalent as pistols or blades for defensive carry. Again, rather ridiculous, considering that guns and blades clearly constitute lethal force and impact weapons, although capable of significant force, can also inhabit a lower tier of force. Nevertheless, this is the legal reality surrounding these tools.

Even if you live somewhere that does not prohibit the carry of a sap or blackjack, there are some other considerations as well. While the judicial system would typically view saps or jacks as potentially “less lethal” in nature, whereas guns and blades are strictly lethal weaponry, this is a murky area that further complicates the role of dedicated impact weapons for defensive carry. The reality is that the difference between less-lethal and lethal force, as it applies to an impact weapon, is very much determined by how it is used. For example, targeting parts of the body that can result in a deadly outcome may be deemed lethal force. Targeting the limbs or the torso, probably not. But this grey area is one reason that I suggest cautious consideration regarding the carry of impact weapons even where legal.

Perhaps some logic applied can help rather than relying on convoluted legal parameters; ask yourself, is it possible to kill a person with a sap or a blackjack? If you hit them in the head, it is absolutely possible to kill or cause significant and permanent injury. Therefore, the lethal capability is there. For individuals looking to supplement their firearm with a dedicated “less-lethal” tool for dealing with simple assaults that are not deemed deadly under the law, I would urge caution in choosing impact weapons for this. Yes, targeting less-lethal body targets such as hands, arms, knees, etc…, with an impact weapon would likely be deemed less-lethal under the scrutiny of the law, but can you guarantee that in a fight, you can so meticulously stick to striking only such targets? Hardly.

If carrying a sap or blackjack is legal in your jurisdiction, and you choose to do so, I would urge you to consider what role it fills cautiously. If you consider it a potentially lethal force tool that may be better suited for dealing with contact distance deadly threats than is your handgun, then it may be a viable option. However, I would urge caution if you are carrying such a tool as your dedicated less-lethal force tool. OC spray is the best tool for most people to provide a strictly less-lethal level of force. Impact weapons can do great harm, so the justification for use must be warranted against a significantly violent threat.

In closing, I would suggest that you get good training in the use of an impact weapon if you do indeed carry one. I also suggest that you consider it a significant level of force because it is, and if you want a dedicated less-lethal tool, then OC spray is a better option.

A collapsible baton such as an ASP is easily carried and quite effective when trained to use one. There is good reason why they are so popular with police. When in your car you have access to a nigh infinite number of useful impact weapons that are disguised as ordinary items that are legal to carry. Tire irons, wrenches, hammers, and other items are perfectly normal to have within reach in the front seat of a car.