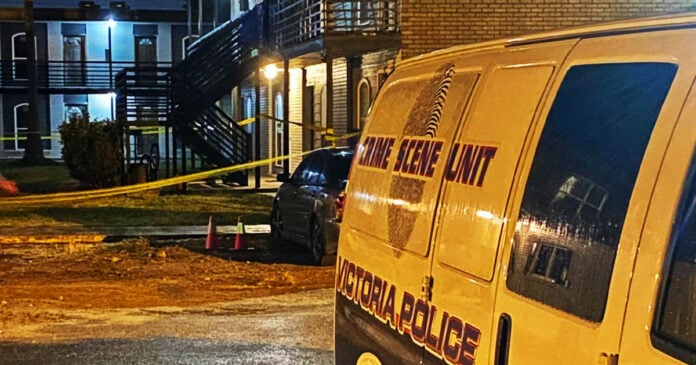 A group of home invaders exchanged gunfire with a resident of a Victoria, TX apartment complex, resulting in one of them being killed by the resident.

Police arrived at the scene and discovered Sanchez injured and Escobedo dead with multiple gunshot wounds.

Although it has been stated Escobedo told family members he was going to Victoria to meet someone, no arrests have been made. Investigators think the shooting was an isolated incident as the investigation remains ongoing.

Considering home defense weapons, whatever is your firearm of choice, you should stay loaded with as much ammo as possible. As the saying goes, no one wishes they had fewer bullets in a gunfight.

This home invasion also occurred towards the evening, which is a reminder to ensure you have other supplementary equipment, i.e., a flashlight.