Should You Intervene? Considerations on the Active Killer Scenario 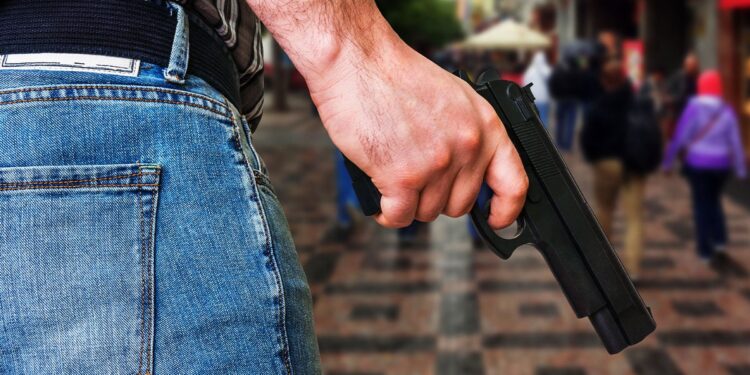 Generally, most well-respected firearms and self-defense instructors and thought leaders will advise the armed citizen to avoid conflict whenever possible and to especially avoid interfering in drama transpiring between strangers. If you do not truly know what is happening, don’t get involved. How do you know the apparent assault on a woman is not a domestic dispute between a troubled couple? Intervene, and the damsel in distress might sue you for hurting her boyfriend. How do you know that the guy hitting the other guy with a tire iron in the parking lot is an unwarranted assault? Get involved, and you might find out that the apparent aggressor was defending himself from an attacker following an attempted robbery. Yes, I am that cynical because I base my decisions on facts, and the facts squarely illustrate that chivalry is dead. If it is not your people, it is not your problem, the end.

In the minds of many, an exception to the “don’t intervene” rule tends to be active killer violence. While the option to not intervene may be on the table if you find yourself in such a situation, many will admit that they are far less likely to walk away from this particular threat than, essentially, any other form of violence. I will submit that it is the only form of violence that I would, potentially, move towards than to separate from. The reason for this is rather straightforward: first, using force to neutralize a sicko who is on a rampage murdering innocent people is about as clear-cut as self-defense, and justifiable homicide gets. There are no grey areas if you need to shoot someone who is actively killing innocents. Second, the victims of such violence have hardly brought it on themselves or participated in some form of mutual combat. Such a threat is, essentially, black and white.

However, the inclination to either face or avoid the threat of an active killer needs to be personally considered, carefully, beforehand. The circumstances are typically clear cut, and force against such a threat is, usually, absolutely justified. However, that does not obligate the concealed carrier to intervene. The decision to do so is personal. When making such a decision, what factors should be considered?

The Danger Level and Who is Present

If you hear gunfire and you determine an active killer is on a rampage yet not in the immediate vicinity, you very likely have the means to simply evacuate the area. The decision to do so should be based on not only the danger to yourself, personally, but on who you have with you, under your care. An active killer can prove exceedingly dangerous to deal with. The percentage of uniformed police officers who get wounded or killed responding to such attacks remains high, but the concealed carrier does have concealment and surprise on their side. The possibility of multiple adversaries exists, and the very likely possibility that the killer(s) are armed with rifles is real. Therefore, moving towards the threat, rather than away, is fraught with peril. The decision to interdict is personal.

While every individual must address these concerns on a personal basis, many of the leaders in the field of armed defense have come to the agreement that, if they themselves were in such a situation with their family members present, then the family is the primary concern. If moving to safety is possible, this is the clear choice. I am in favor of this decision as well. If violence erupts, but it is not in the immediate environment, retreat to safety may be possible, and doing so is a sound decision if your family is with you. I am of the belief that arming one’s self for defense is primarily for the protection of yourself and, more importantly, those you love and are responsible for. The direct family trumps the concerns of other innocents, and getting your loved ones to safety is the top priority.

However, what if you are armed, trained, and by yourself? Does this change the dynamic? That is up to you.

What Can you Live With?

It is a difficult thought to reflect on, but you must ask yourself, what are you willing to live with for the rest of your life? What is acceptable to you? Even if by yourself, risking your own life to save others puts you in danger of not returning to your own family. Yes, statistics favor the armed responder in such incidents, and you have a high likelihood of prevailing, but you may die doing so if you act. Is that worth it? Are you ok with that decision?

On the other hand, if you remove yourself from the danger and leave others, potentially many, innocents to die when you have the possibility of interdicting the threat and ending the rampage, can you live with that? Will you be able to look in the mirror for the rest of your life, knowing you could have potentially and drastically changed the outcome? There is no one correct answer here, but I suggest thinking through this quandary before you find yourself in such a situation.

While it is unlikely that any two people would come to the same conclusion, I can only share with you my own thoughts on the matter. What would I do?

If with my family, the family’s safety is my top priority, so if extraction from the danger zone is possible, that is the only option I would take.

If by myself, and the attack happened in a place populated only by adults, such as a workplace, industrial location, or the like, I might opt to simply remove myself from the area, depending on the situation. If it appeared there was a threat that could be intercepted and dealt with quickly, then perhaps doing just that would be the choice. Still, if interception involved hunting down unknown threats, potentially multiple and heavily armed, I likely would choose to go home to my own family rather than risk my life for other able-bodied adults who have every means of protecting themselves but choose not to. Callus? Perhaps, but that would be my choice. You may decide differently, and that is your personal choice.

However, if by myself, without anyone I am responsible for, and the attack happens somewhere that is targeting or can potentially target children, then I am going. If in a shopping center, a mall, a park, etc.…, that has children present, everything changes. I will seek out the killer, or killers, and do my best to kill them with as much speed and violence of action as I can bring to stop the attack to save lives. I accept that I may die doing it, and I am ok with that decision. Other adults that I don’t know may be on their own, but I will not flee and leave children to die at the hands of a maniac. That is my line in the sand and my decision that is pre-made for a situation that I hope to never face.

This is an unpleasant thought process and a difficult self-conversation to have, but if you are an armed self-defender, then you must. This is the nature of our world in the 21st Century, and you may find yourself at ground zero of the next big event. You may be the one that writes a different history and delivers a different outcome this time, so prepare ahead of time.

Burglar Shot by Homeowner After Kicking in Back Door