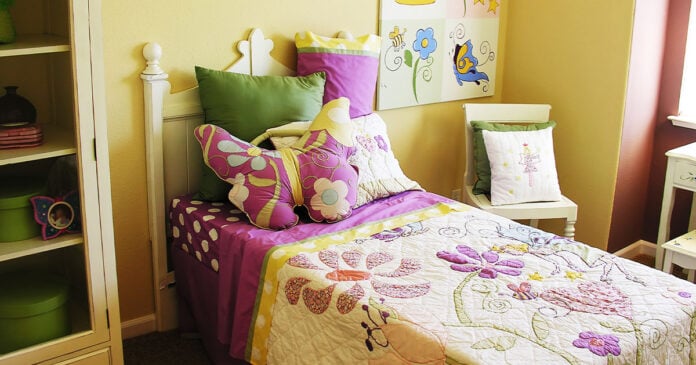 A Yakima, WA family got a very unpleasant surprise when they arrived home from a family outing on the evening of June 24, 2021. One of the daughters went to her room and found a strange man lying on her bed. She quickly told her mother, who then moved all of the children into a single room a called 911.

The father accessed a handgun and went into the daughter’s room. Seeing the man still on the bed, he ordered him not to move. The father reported that the stranger said some odd things to him, including, “when I jump you for that gun you are not going to like it.”

As the man started to get up from the bed, the father attempted to push him back down, but the man persisted, and when he lunged at the father, he fired, hitting the intruder five times, who later died at the scene.

“I find that the force used was both reasonable and necessary under the law. [The father] will not be charged with a crime for this lawful use of force.” via KIMATV.

It certainly looks like this family had a home defense plan in place, with the mom gathering the children into a room and calling 911 while the dad retrieved a home defense gun.  Usually, going through the home looking to confront a bad guy can be problematic, but it’s hard to fault the dad for going to check to see who is in his daughter’s room.

The problem with that, though, is now he is face to face with a stranger with unknown intent and no knowledge as to whether the stranger is armed or not. Even worse, this leads to a physical confrontation. Fortunately, the father won the fight, and the local prosecutor agreed that his use of force was lawfully justified.

How would you have handled this one? Could the mom and dad have taken the children out of the home to a safe place and let the police enter the home to confront the stranger? Could dad have taken up a defensive position where he could have protected the safe room and again waited for police to arrive and only confront the stranger if he left the room to threaten the family?

Since it’s always possible to lose any fight, doing whatever you can to safely avoid one is always the best course of action. And, taking steps to avoid the fight puts you in a much better position legally if the attacker forces the issue and you find you have no other option but to engage. Again, if it can be done safely, it always looks better to the criminal justice system if there was at least some attempt to avoid a confrontation.

He only shot him 5 times. Hell, if it would have been me the unwanted bed bug would have had all 7 230 grain rounds in his hide. Center mass & cranium. If he was anywhere near the water, he would have sunk to the bottom like a large lead fishing weight!

Judge; Why did you shoot him 7 times?
Me; That’s all the rounds that were in the magazine!