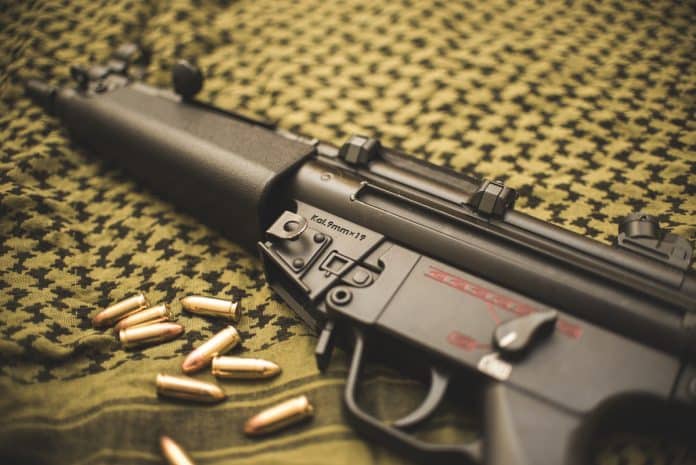 Let’s get the obvious out of the way and say yes, the NFA is dumb and people should be able to buy full-auto rifles and SMGs if they want to and/or can afford them. This isn’t to argue anything like “civilians shouldn’t have machine guns.”

This is instead to suggest that as cool as it is, full-auto capabilities are overrated outside of a military context.

For the most part, the only thing people want them for is to just dump magazines at the range. There’s nothing wrong with that, but that’s the real reason people want them. Outside of going Full Bubba, there’s little practical application for the armed civilian.

We must also pause here to deal with what will invariably wind up in the comments. Full-auto, fully-auto, and select-fire for all intents and purposes and certainly for these purposes mean the same thing.

However, if any hoopleheads or malcontents want to quibble over semantics, go ahead, but just be aware that I’m going to ignore you and feel good about it.

So with that said…

Has Full Auto Ever Actually Been Used In A Defensive Shooting?

As it happens, I was able to dig up three instances where a full-auto firearm, legally owned by a civilian, was used in a self-defense shooting. Two of them involved not only the same man but the same gun!

First, we have what could be called the Harry Beckwith incidents.

Harry Beckwith was (Beckwith passed away in 2006) a gun shop owner and therefore a federal firearm licensee, including to own a Smith and Wesson Model 76, which – for those unaware – is a S&W clone of a Carl Gustav/Swedish K.

He first had occasion to use it in 1976, according to this reprint from the Ayoob files by Massad Ayoob, during an attempted robbery of his gun store. He fired a short burst and wounded a robber, who then promptly gave up.

Beckwith’s store was located on the same lot as his house in a rural area of Florida, which is pertinent to the second incident.

One night, a group of men decided to break into his store in November of 1990. His gun store is/was on Beckwith’s property and about 100 yards from his house. He grabbed a shotgun, an AR-15, and his M76.

One of the would-be burglars got in one of the vehicles they arrived in and drove in Beckwith’s direction. Beckwith began firing his AR-15, ran dry, reloaded, and emptied the second magazine into the Oldsmobile.

The car sped off and later wrecked. The driver was dead at the scene, shot in the chest, and the passenger was arrested.

Beckwith switched to the M76, spraying covering fire over the remaining burglar’s heads, and then spraying their vehicle to disable it…which worked. All told, he emptied two 36-round magazines from the M76, part of a third, and 30 shots from the AR-15, with the shotgun held in reserve.

Only one person was hit, that being the deceased driver of the car that drove at Beckwith. Beckwith was summoned by an Alachua County grand jury, but charges were never pursued.

The third incident occurred in September 1984. The shooter, one Gary Fadden, worked for Heckler and Koch and owned a full-auto Ruger Mini-14 of all things (He could have had an MP5 but he got a Ruger? Seriously?) ostensibly as a dealer sample.

Fadden and his girlfriend were pursued for 17 miles on Route 50 near Chantilly, Va., by four men, two in a pickup truck, and two on a motorcycle. The chase began when Fadden cut off the motorcycle on the highway, so they decided to chase him.

According to a report from the Washington Post, both sides brandished firearms at each other.

Fadden pulled into the parking lot at H&K, and William H. Hamilton, exited the truck to confront him. Fadden fired a burst over his head as a warning shot, which didn’t take as Hamilton then threatened to kill Fadden.

Fadden aimed and fired a three-round burst, killing Hamilton. Fadden was charged with illegal use of a weapon but was acquitted.

How Much Difference Did Full-Auto Make?

In the case of the Fadden incident and the first Harry Beckwith incident, one can safely say that full-auto capability made no difference. Both instances occurred at close range and were aimed fire; a semi-auto would have yielded the same result.

Yes, yes; spray-and-pray and all that, but aimed fire is more reliably effective.

In the case of the second Harry Beckwith incident, it would be unfair to say that full auto made no difference. In fact, it was very successful in keeping multiple threats pinned down or otherwise at bay; suppressive fire, after all, is one of the principal uses for full-auto fire.

Second-guessing his actions given the gravity of the situation and 25 years later to boot would be pointless, so there’s no use in doing so. However, it is useful to contemplate that the incident took place in unique circumstances.

Most defensive shootings are unique in that all events are unique in and of themselves. No matter how commonplace something is, all the circumstances pertaining thereto only exist there and then.

But most defensive shootings are also not unique, in that the nature of them is the same as others. A home invasion, a robbery, a carjacking, an attempted rape, and the (intended) victim shoots the attacker or attackers.

How many people own and operate a gun store that’s 100 yards from our home? Some, but not many. Or live in an area where no one lives close enough for an (intentionally!) missed shot to pose no danger to anyone? Some, but not very many.

A person could conjure other far-fetched scenarios in which having a full-auto firearm, either an SMG or full-auto rifle, would be advantageous but it becomes an exercise in chasing justification rather than substantiation.

Furthermore, suppressive fire sends bullets into a mostly unknown direction. In the middle of nowhere, that’s probably no big deal. However, in the suburban or urban environment, it’s liable to get someone killed.

The best backstop, of course, is the body of the person attacking you. On the battlefield, spraying machine-gun fire at enemy combatants to pin them down is suppressive fire; in the suburbs, that could result in negligent homicide.

That Doesn’t Mean We Should Be Denied The Choice

The reality is that full-auto fire in the civilian world mostly doesn’t let you do anything besides mag dumps at the range though there is an obvious benefit in a defensive capacity but only under exceedingly rare and specific circumstances.

Someone could also insert some sort of “yadda yadda SHTF” or “yadda yadda civil war” which is about as likely to happen as the Zombie Apocalypse.

So it’s not far-fetched to say that having full-auto capability, for the armed civilian, is a totally overrated feature to have. It won’t – to almost a certainty – do you any good, besides having fun at the range.

But is this to say that the NFA is totally appropriate, or that the aspirant should give up their dreams of collecting, say, an MG-42 or a 3-hole AR?

The NFA, like many gun regulations, is completely out of touch with gun crime, gun deaths, and prevention of them; instead of targeting the criminals who commit it, the law instead makes life more miserable for legal gun owners, who by and large don’t commit gun crimes.

Furthermore, some nouveau riche Bubba wants to pointlessly blow a few hundred dollars blasting a bunch of dirt? So long as they aren’t hurting anyone, I couldn’t care less and there’s no reason for anyone else to either.

But as far as aspects of gun rights are concerned, let’s not pretend that this one is all that important in the grand scheme of things.

Great article, Sam! You state pretty much what I have been saying for years, plus you provided documentation on the use of full auto in self defense.

I agree 100% that full auto is not usable for self defense in most urban/suburban environments, and that it is a wonderful way to waste scarce ammo at the range in these troubled times. Moreover, I also agree with you that Federal/Local restrictions on the possession of full auto firearms are totally useless as far as preventing crime is concerned.Most crimes/murders are committed with handguns, usually illegally obtained and possessed by felons. Restrictions (as well as efforts to ban what the uninformed/biased call “assault weapons”) on law abiding citizens are totally useless in stopping or preventing crimes.Same for restrictions on the owning of firearms based on cosmetic features and magazine size.

That’s a good point until you take into account the number of home invasions in modern times. A good full auto with frangilbe bullets will stop everyone in their tracks and get the entire neighborhoods attention to help identify the criminals. Also 2nd amendment isn’t written in case burgler decide to rob you, if you get into a scuffle with a biker, or other non description everyday instance. It was written in case this country, companies, organizations or religions become tyrannical and people need to defend themselves from said group with access to those weapons and everyone is on an equal battle ground with the people they are forcing themselves over. And it covers all “arms” aka armaments of war not just guns. So yes this country has broken every single amendment of constitution in regards to its citizens to include the second amemdment.

That’s a good point until you take into account the number of home invasions in modern times and peoples inability to purchase full autos now so statics can’t be measured in modern times.

A good full auto with frangilbe bullets will stop everyone in their tracks and get the entire neighborhoods attention to help identify the criminals. Also 2nd amendment isn’t written in case burgler decide to rob you, if you get into a scuffle with a biker, or other non description everyday instance. It was written in case this country, companies, organizations or religions become tyrannical and people need to defend themselves from said group with access to those weapons and everyone is on an equal battle ground with the people they are being forced under. And it covers all “arms” aka armaments of war not just guns.

This country, companies in it, organizations and religions(and i dont mean the Catholics who were victims of the CIA pedophile programs and most likely jewish since they were modeled after the original jewish tactics used on their slaves and psychic ability on par with freudian and jung psychic “fights” experiments also highlited in the MKUltra experiments), have broken every single amendment of the constitution in regards to its citizens to include the second amemdment and considering the CIA has caused massive drug epidemics, targeted religions, “covid-19” virus that mimics the old CIA virus tracking programs with an actual death rate on par with how they did it, Trumpenomics and his friends collapsing small business it basically has turned tyrannical. I think this country is just waiting on a shot heard around the world scenario again to kick this off. Everyone is too blah during this pandemic, the historical calm before the storm.