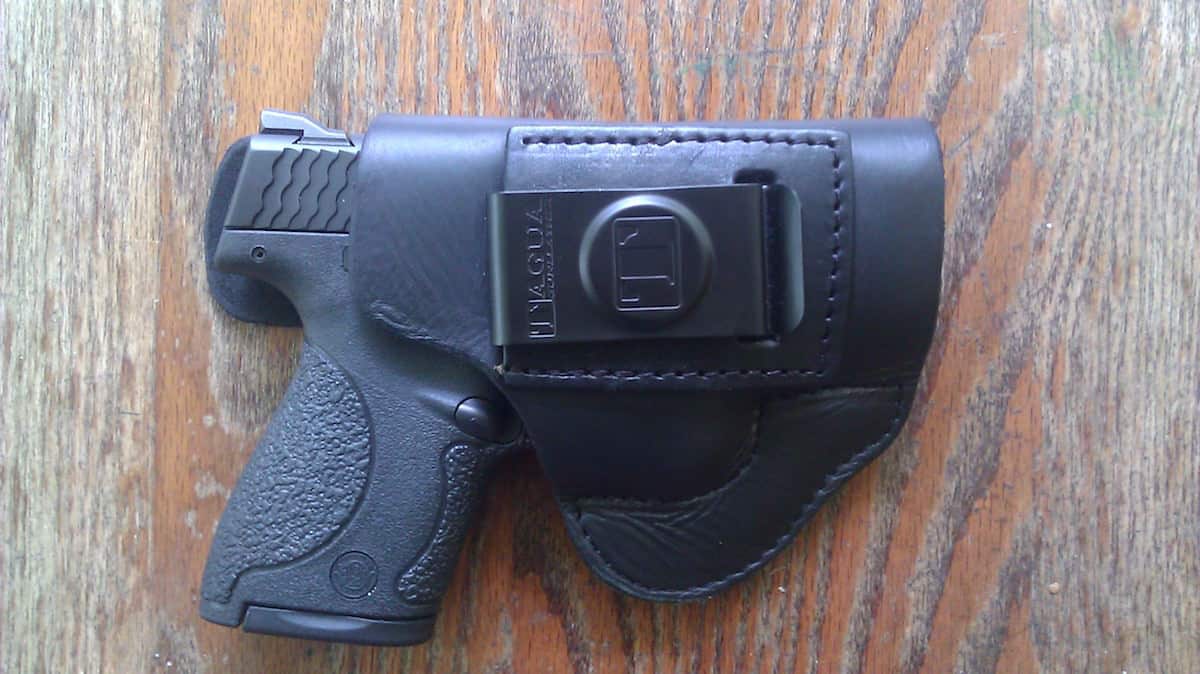 If there is one single issue that divides the pro-gun crowd, it’s open carry. Those that advocate open carry argue a right not used is a right lost, and that guns shown openly in public normalize and desensitize guns to those that would otherwise not even know that they have that right.  Concealed carriers argue that wearing a gun on your hip only makes you a target and takes away a tactical advantage: the element of surprise.

For the past three-and-a-half years, I’ve been in the open carry crowd. Every time I went to get groceries, or gas, or out to dinner I had my FNP-40 on my hip.

You see, I live in Georgia, which is a pretty gun friendly state. A Georgia Weapons Carry License allows for both open and concealed carry, and with our “Guns Everywhere” law, you can take your gun pretty much anywhere except federal buildings and state buildings that have security checkpoints. Having a gun has never really been a problem.

Fourth of July fireworks in the park? I was openly packing. Picking up a book at the library? My gun was right there.

And I wasn’t alone. Almost every time I step out of the house I see someone else open carrying. At a BBQ festival last year I saw seven other people who had a gun on their hip, several of them were fathers who had young children, just like me. Sometimes I notice a concealed gun printing through someone’s shirt, and at work I see even more people with a permit in their wallet. Guns are everywhere in Georgia, and almost no one of consequence has a problem with it.

In three-and-a-half years I have never had a bad experience.  People would sometimes ask me if I was a police officer, or what I was carrying, but let me be clear: I never carried for attention or to start conversations. I carried a gun because I wanted myself and my family to get home safely. I open carried because it was easy and comfortable. Some open carriers see themselves as ambassadors of the gun community, but I never felt comfortable discussing what caliber or type of holster I had while waiting for my pizza.

And though I made sure to follow the rules of open carry (mainly dress nicely and constantly practice gun retention), recently I have never felt more vulnerable while carrying. This past month has changed a lot of things. With all of the police shootings, suddenly, being mistaken for a police officer has become a lot more dangerous. Openly carrying a gun, which before I believed was a negligible risk, could now put my life and the lives of my family in danger.

With somewhat of a heavy heart, I traded in my faithful FNP-40 and got an M&P Shield 9mm, one of the most popular compact guns on the market today.  I’d wanted one for a while, but I knew concealed carry is a whole lot more than just putting the gun on the inside of your pants rather than the outside. I had carried concealed before, but that full-size gun was a lot easier to hide in winter under my jacket at the movies. Summers here in South Georgia are hot as Hell, so the FNP wasn’t disappearing under my shirt anytime soon.

The Shield is awesome. It fits in my waistband easily, and will fit in my pocket as well. It’s made to conceal, so it does it well, but I’m still getting used to wearing baggier clothes. I’m also still adapting to this new gun: its trigger, how I draw, and most importantly remembering to disengage the safety. I’ve never had to worry about printing before, and it’s hard not to constantly readjust my shirt in public.

Yeah, I’ll take fussing about my shirt over the apprehension some thug will gun me down any day of the week.

I still believe that open carry of sidearms has a place in society, and I don’t fault any gun owners from doing so. We all have to make our own choices. We are all just trying to get home safely.

When I go to grocery shopping, I still know that my gun is there. The only change is that now no one else does. I’m okay with that.