Long-time reader discusses why he found IWB magazine holsters didn't work for his everyday carry. He points out why but asks the audience for their opinion. 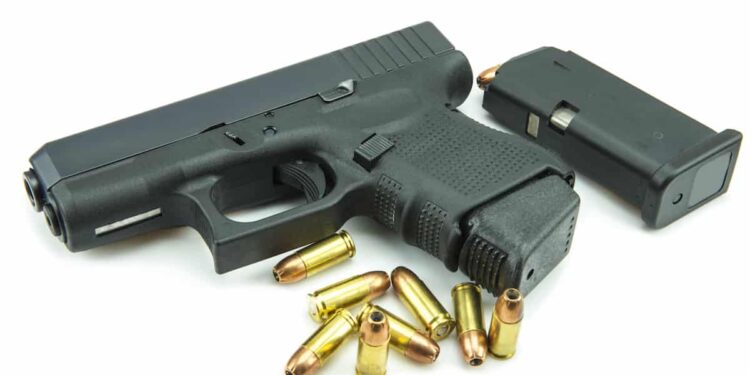 As a regular USA Carry Reader and long-time concealed carrier, I have to ask the audience just one question: when is something a practical addition to everyday concealed carry and when is it just a marketing gimmick? For me, I’m torn on IWB magazine holsters.

Over the years, I’ve seen quite a variety of ‘fandangled’ new ways to carry a concealed handgun — from glorified $35 strings to leather satchels we’re supposed to tuck down our pants. Now, I know inside the waistband is the way I generally carry my gun. I know I need a backup magazine for my pistol because it only holds eight rounds in a standard magazine and I’m just not comfortable with that number. I already had to buy a new belt to keep from “pistol sag,” and now it seems the new trend is to stuff a magazine in a holster and stick that down my pants as well.

Does it even make sense to have an IWB magazine holster?

Well, I guess the next question: where else am I going to store it?

I carry a sub-compact because that’s what fits in my waistband and doesn’t show. That sub-compact is an M&P Shield chambered in 9mm. Would I like to throw a laser or a light on it? Sure I would. But it’s not practical for me — in my everyday carry — to purchase accessories that would arguably out-value the pistol I’m carrying. Folks may disagree with me and that’s fine, but I just don’t see the point.

So, when it comes to carrying a spare backup magazine, I have three set aside. The first is in the glove box of my car alongside a flashlight. The second is in my left pants pocket because it fits there and I know where to go to get it. And the third is in my trunk.

My friend let me borrow an IWB magazine holster, and I found that between the pistol and the magazine, inside the waistband, my waistline looked jagged and way more noticeable than when I just carried the pistol. I don’t want to look like an undercover cop. I want to look like an average Joe buying a gallon of milk at the store. If some criminal decides to press his luck, that’s his problem, not mine. I don’t want to advertise anything to anyone. That’s the beauty of carrying a concealed handgun.

The other added piece is the discomfort. I know a lot of people who say they carry appendix. I can’t because every time I sit down, the muzzle of my gun is pointed straight at my groin. Even though I know my trigger finger is the safety, I don’t like it. So, I’ve always carried at 3:00. I don’t carry at 5:00 because it’s a pain in my back if I’m driving the whole day.

Three o’clock works for me, IWB. If I place a spare magazine inside an IWB holster, it’s either going to make the other side of my shirt stand out — no Bueno — or make me look even more ridiculous when I try to tear up my shirt to get to my gun.

I practice the movement. When I am at the range, I practice changing a magazine in between a course of fire. I know it intimately, and I’m comfortable with it. So, for me, IWB magazine holsters add nothing. But, I’m willing to listen to you all and let sway my opinion.

Do IWB magazine holsters even make sense? And if so, how do you pull it off?

Tips For Carrying A Spare Magazine

Point of Impact: Choosing the Right Ammunition for your Defensive Handgun