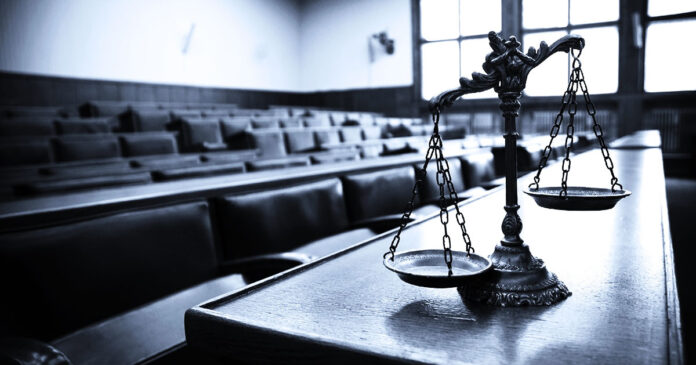 It is a sad state of affairs, but our rights and individual liberties are under endless attack. There is a segment of the political machine that seeks to stamp out individual freedoms and a segment of the population who wants it stamped out. Why? Because individual liberty requires personal responsibility, and many would rather give up their freedom than be expected to take care of themselves. This political rift is clearly manifest in the fight for the Second Amendment, and, in turn, the fight for the right to self-defense. Both rights, directly related to each other, are under attack. Stay diligent and engaged to preserve your liberty.

One mechanism of attack is the rampant and blatant appointment of prosecutors who are diametrically opposed to the individual’s liberty to defend themselves. There is good evidence that suggests that a particular billionaire, who has always been an enemy of the Second Amendment, pours countless thousands of dollars into local politics all over the nation to support the run for office of just such district attorneys. Such prosecutors will let violent looters and rioters walk immediately but will throw the book at an individual that rightly defends themselves from violence. Make no mistake; this is by design.

What does this mean for you, the concealed carrier who wishes to have the option to protect yourself and your loved ones should violence seek you out? Frankly, it means that, no matter how justified your use of force may be, the local prosecutor may come after you simply because you exercised an individual liberty that the political left hates. Sure, everyone might realize that once the case gets in front of a jury, you will be acquitted of any wrongdoing. Still, the political shill of a prosecutor will not let that eventuality stop them from ruining your life by dragging you through the financial and emotional ruination that is the judicial process.

Who is your District Attorney?

Educate yourself as to who your DA is and how they align themselves politically. While there are exceptions, they prove rare. District attorneys who lean politically left are much more likely to be hostile towards a self-defense use of force than those who lean right. The reasons for that are complex, but this is the clear trend. If you live in a politically blue state or even a blue city within an otherwise red state, understand that you will most likely be dealing with a district attorney who does not respect the individual right to self-defense. A prosecutor who is likely to let violent felons walk with only a slap on the wrist will go after a justified self-defender simply to put them through the nightmare of the legal aftermath. Research the political ideologies of your own district attorney and bear this in mind.

Know the Law and Act Well Within It

Understanding that you will not get the benefit of the doubt from a politically motivated prosecutor. Therefore, what is the recourse for the self-defender? You must do everything right, and by making yourself hard to convict, you can turn a prosecutor away since they know they won’t be able to get a conviction, or, if the prosecutor drags you through the mud anyway, a reasonable jury will, hopefully, rule correctly. In order to make good decisions while under the stress of a violent encounter, you need to research and understand the law vigorously.

The truth is, most self-defenders who get tried and convicted leave themselves open to prosecution because they are ignorant of the law or they act outside of it. Now, a devious prosecutor may go after an individual who did everything right and acted in a completely justified manner, but making mistakes puts you in far greater jeopardy. Be absolutely fluent in the laws that govern self-defense. Do not be the aggressor in any confrontation, retreat whenever possible, and do not put yourself in situations that may turn violent. In order to face the legal system from as strong a position as possible, be sure that you act prudently and reasonably.

I don’t refer to these programs as “carry insurance” as they are not really insurance. Rather, these concealed carry legal protection programs are an affiliation to a program that serves as an umbrella of legal protection for all members, being able to put up legal funds against a bogus prosecution. Due to the nature of the political environment, belonging to such an organization is more important than ever. Look into the programs offered by such groups as CCW Safe, United States Concealed Carry Association, the Armed Citizen’s Legal Defense Network, and others. Choose the best one for yourself and join.

Bear in mind that these organizations will all refuse to cover expenses for an incident that they deem unjustified. Therefore, the role of such groups is to, specifically, cover a justified self-defender who is being maliciously prosecuted. If you don’t belong to one of these groups, now would be the time to do so.