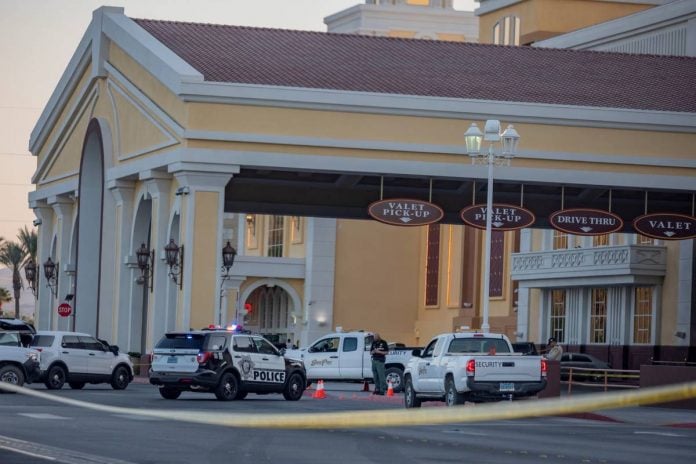 At one point he fired the gun into the air and then refused the guards’ orders to drop the gun. When he pointed it at them they shot him. His wounds proved to be fatal.

Local police praised the officers for their restraint due to the incident taking place in a valet area and there being concerns over who could be beyond the man with a gun – in other words, the background behind the target.

It appears as if these security professionals gave this guy as much of a chance to surrender as they could.

There was no indication of what the suspect’s motivation might have been.

This is just another reminder that there are unstable people in this world and as much as we’d all like to see them get the help they need when they pose a threat to innocence life they don’t leave security and law enforcement many options – especially after repeated commands to drop the gun. This is also a reminder that we need to do the same – that is to not only know our target but also what’s beyond it. That kind of situational awareness only comes with training. Get some!