Prudence in Acting to Defend Home and Property 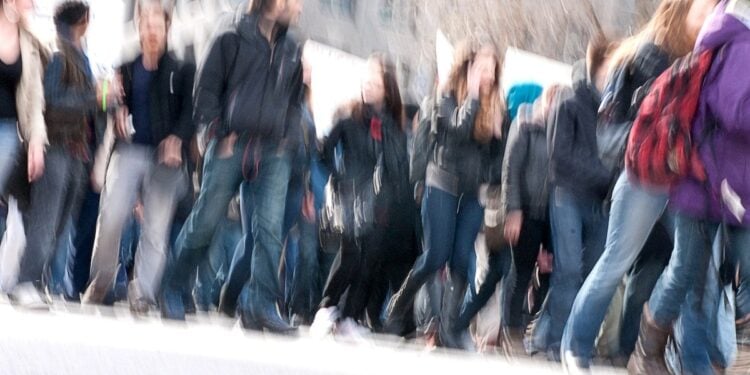 Recent events have put the actions of many armed citizens in the spotlight. During this time of politically charged unrest that sees violent mobs ransacking inner cities, and even terrorizing suburban neighborhoods, the people caught in the path often face hard decisions. Do they abandon businesses that have taken a lifetime to establish and leave them to the destruction of the mob? Do homeowners abandon their homes and hope for the best or stay and protect what is theirs? Prudent discretion must be used when making such choices. Unfortunately, the locations plagued by this violence are also governed by those who are sympathetic, even supportive, of the mob activity. Yet, these same leaders are vehemently opposed to the right to self-defense.

Therefore, any actions to defend life must be perfectly within the framework of the law or a self-defender will face the wrath of politically motivated prosecution. When it comes to protecting property, the actions of the defender become even riskier. Generally, as an almost universal legal tenant in the United States, you cannot use lethal force to protect property. The perfect example of this remains if a homeowner interrupts a thief stealing his flat-screen television. The thief, upon seeing the homeowner, runs away and flees out the door with the television in hand. If the homeowner shoots the fleeing thief in the back to protect the television, this is going to be found to be an unjustified homicide since using lethal force to protect property is not legal.

In the mob activity, we have witnessed of late the defense of property certainly becomes more complicated. Is a business owner who stays on-premises during civil unrest simply defending property? Is the defense of a place of business the same as acting to protect property that is stolen from your home? This legal area can become rather ambiguous. In most states, a business owner, or even employee, has no obligation to retreat from their place of work. The place of employment is similar to the home in a sort of castle doctrine. Therefore, legally, it is quite clear that business owners have every right to stay at their place of business no matter what is happening in the town concerning unrest. However, when it comes to acting to defend the location, things get complicated.

Judging Between a Threat to Life or Threat to Property

If a business owner stays in place during a riot to protect the business he or she must prudently judge their actions based on whether they are protecting mere property, or indeed defending life. A force response must be appropriate to the threat. Perhaps a good dose of OC spray to disperse a crowd of people banging on the door and windows of the boarded-up business is appropriate, but gunfire would certainly not be at that point. Likewise, an agitator who smashes a window with a crowbar then runs away, can’t be shot in the back with any justification. In this regard, the lethal force would be entirely unjustified because it would be exercised only in the defense of property.

The reason such activity becomes complicated, however, is that in the chaos of rioting and looting things can take a turn towards deadly very quickly. What if, rather than smashing a window with a wrench and running away, someone approaches the window to throw a Molotov cocktail or other incendiary device through the window? What then? Now, a threat to only property has become a clear threat to life if there are people within the structure. Similarly, if the agitator who smashes a shop window with a crowbar then enters the shop, aggressively approaching the shop owner with the crowbar in hand despite warnings to stay away, the situation has changed dramatically.

It is obvious, based on recent events, that prosecutors in these jurisdictions are going to go after anyone who defends themselves or others, no matter how justified the actions taken are. Therefore, the best advice is to not be there. The problem remains, however, that a business owner who has invested his or her life into their work has every right to be there and protect that location. It is easy for those of us not in that situation to simply say “don’t be there.” This country has a long history of neighborhoods protecting their own; the images of the Korean shop owners in the Los Angeles riots come to mind. However, if making the decision to stay on-premises, one must act prudently and use only force that can be justified.

We have already witnessed examples of mobs coming into residential areas and aggressively threatening homeowners. It is likely that this activity will escalate. Therefore, what are homeowners to do if facing such a threat? One of the great complications during these riots is that much of the crowd may be acting as only a protest, something they legally have every right to do. Often, demonstrations that start peacefully quickly go bad as agitators infiltrate the crowd and create chaos and destruction. If such a crowd approaches your home, bear this in mind.

If you have advanced warning of such activity, deciding to leave the area may be the best course of action. Realistically, these demonstrations often spring up quickly, and keeping your family hunkered down in the home might be safest. If a crowd approaches your own home, staying inside with doors and windows locked is the best policy. A well-known example of late saw a couple get prosecuted for going outside and pointing guns at the crowd. While their actions were arguably justified, the malicious prosecution is another clear example that the court system is not on the side of self-defenders in these locations.

The reality remains, however, that you do not have the right to point a gun at people who are protesting and posing no threat. You may face a crowd that is predominantly peaceful, yet has some bad actors in the mix. Pointing a firearm at the entire crowd can lead to a charge of aggravated assault. The best way to avoid any such legal complication is to remain in the home. If any members of the crowd actually break into the home, the use of force will be much easier to justify as the act of breaking in clearly defines the crowd as being hostile.

Should you be forced to confront a crowd outside, do not point a gun at people in the crowd unless someone is threatening you with lethal force. If carrying a long gun, have a sling on it, and keep it slung rather than in hand and pointed at anyone. This posture makes it clear that you are not threatening anyone. If wearing your handgun, keep it holstered. It is best to remain inside of your home during any sort of hostile crowd activity, but if you end up outside, or if you are standing outside of a business, keep long guns on slings and do not point them at innocent people. Even if criminal actors have hijacked a protest, the people who are simply marching in a demonstration and not threatening anyone will not appreciate having a gun pointed at them. Absolute prudence and discretion is needed during such events.

We live in interesting and scary times. Prudence in our every action is necessary.