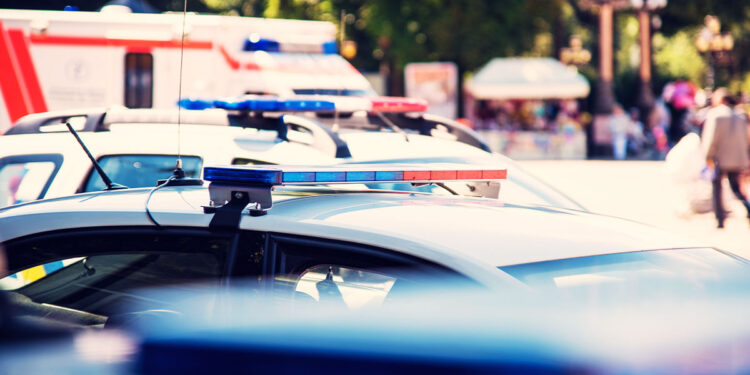 A gunman fled after shooting a woman twice in the back, but police were able to track him down because he left his underwear at the scene.

You read that right. The gunman had been shopping at the Walmart in the same complex and left the items he took from the store in the bed of a truck parked next to the woman’s vehicle.

Christopher Carmona, 37, was charged with shooting a 20-year-old woman twice in the back when she encountered him rummaging through her vehicle.

Sam Sanguedolce, the district attorney, said, “Reportedly, he was going through her vehicle, and she came out and confronted him. That is what lead to the gunfire.”

A person who heard the shooting confronted the gunman, pulled the gun he was carrying, and fired at least three shots at the suspect.

Sanguedolce said. “He exited the nail facility and confronted the gunman and fired what we believe were three shots,”

A witness told WNEP, “All hell broke loose. Squad cars everywhere you could imagine. They pulled in there and jammed up everything, parked in the middle of everything.”

The police used the underwear and pre-paid cell phone left at the scene to track down Carmona. When the police questioned Carmona, he commented, “Hey, FBI guy, don’t look at me like I just committed a murder. Do your (expletive) homework. She got shot with a 9. I’m carrying a 32 and a 40, and one of them doesn’t have bullets.” Unless Carmona is a mind reader, how did he know she got shot with a 9mm unless he did it? This criminal is a veritable genius.

“An armed citizen was present at the nail salon. He was legally carrying a sidearm. He had his family members there at the salon and heard the gunshots. He exited the nail facility, confronted the gunman, and fired what we believe to be three shots,” Sanguedolce said. “He aimed at the assailant but did not strike him with any rounds. When someone displays what appears to be a deadly weapon, you can presume that they intend deadly force or serious bodily injury, in which case you would be authorized to use your weapon in defense of yourself or others,” the district attorney said.

Even though the district attorney commented, “It’s very dangerous. I would be very hesitant to give anyone advice to start engaging in gunfire.” He then said that the bystander who shot at Carmona was justified under Pennsylvania’s stand your ground laws.

Pennsylvania is one of almost forty states with a “stand your ground” law that says you have no duty to retreat from anywhere you have a legal right to be.

18 Pa. C.S. § 505  (2.3)  An actor who is not engaged in a criminal activity, who is not in illegal possession of a firearm, and who is attacked in any place where the actor would have a duty to retreat under paragraph (2)(ii) has no duty to retreat and has the right to stand his ground and use force, including deadly force, if:

(i)  the actor has a right to be in the place where he was attacked;

(ii)  the actor believes it is immediately necessary to do so to protect himself against death, serious bodily injury, kidnapping, or sexual intercourse by force or threat; and

DA: Armed citizen returned fire during parking lot shooting Christopher Carmona from New York City is charged with shooting a woman outside her car in a parking lot in Pittston Township on June 1. https://t.co/U9HGmiQwoQ

When you are in a big open area, always keep in mind one of the primary rules of firearm safety. Be aware of what is behind and around your target or, in this case, the threat. The last thing you want is for an innocent bystander to get injured from a round you fired.

Did the woman who was shot in the back survive the incident?
I hope she is OK!

From the sounds of it, her injuries were not life-threatening.

This is a defense of other case. “Stand Your Ground” and the statute don’t seem to be applicable. You might ask a lawyer to do some research for you to see how the state handles duty to retreat when defending others.