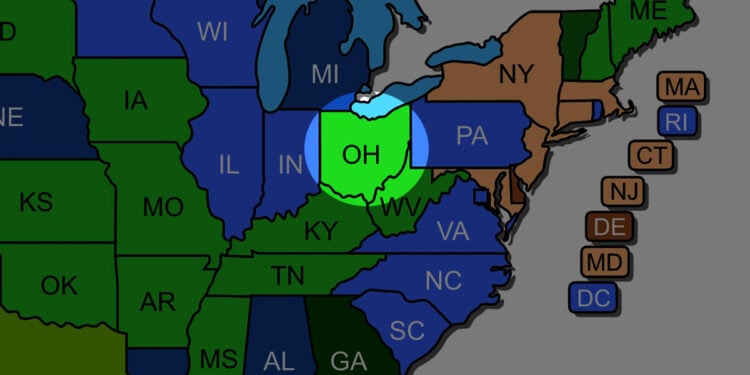 Ohio Constitutional Carry, Senate Bill 215, went into effect Monday which means you no longer need to have a concealed carry permit to carry concealed in the state of Ohio. The Guernsey Sheriff’s Office issued a press release that answers a lot of questions I’ve already received via email and answered myself.

Yes. Although Senate Bill 215 legalizes constitutional carry in Ohio, residents are still encouraged to obtain a CHL permit with their local Sheriff’s Office. The new law allows a person to carry a concealed handgun without a permit. However, the same rights and responsibilities apply as a person who has a permit.

What is the benefit of obtaining a CHL in Ohio if I do not need one anymore?

During a CHL certification course, individuals receive in-depth training on firearm safety, safe storage and handling, how a firearm mechanically functions, a deeper understanding of the law, and a skills test. This information is critical when ensuring the safety of the firearm operator and those around them.

Editors Note: Obtaining an Ohio Concealed Handgun License will allow the license holder to carry concealed in states that recognize the Ohio license. You can view these states on our Concealed Carry Maps.

If a person was previously denied a CHL in Ohio, are they permitted to carry without a license?

No. The law did not change regarding who can legally carry a handgun. You must still be a legally qualified adult, be at least 21 years of age, and not prohibited from possessing a firearm under state or federal law.

In Ohio, are citizens required to carry the CHL permit on their person?

No. A CHL holder was required to have the permit on their person. However, with the new law, people are no longer required to carry the physical permit.

Yes. The new law does not affect the licensing process. People who travel outside of Ohio still need to have a valid license to carry a concealed handgun in other states that still require a permit. Individuals are encouraged to obtain a CHL permit with their local Sheriff’s Office.

Are persons compelled to inform a law enforcement officer that they are carrying a concealed handgun?

No. When the new law goes into effect, the duty to inform the officer is only when or if the officer asks if you are carrying a handgun. We recommend that all officers routinely ask if the person has a concealed handgun.

Does this change how people carry concealed handguns in a motor vehicle?

The current law as it relates to the transportation of rifles/ shotguns remains the same as well. They must be transported in a separate container or closed compartment and separated from the ammunition in your trunk or in an area not accessible without leaving your vehicle.

Can a person carry into a prohibited area?

No. Areas that are currently no-carry zones such as schools; local, state, or federal government facilities; detention facilities; airports, or otherwise posted locations will remain no-carry zones. Property owners are still able to post “nofirearms” signs. Additionally, an individual can carry a handgun into any business that is issued a Class D liquor permit such as night clubs, carry outs, restaurants, shopping malls, marinas, etc. However, if the individual will be consuming alcohol, they are not permitted to carry a concealed handgun.

Can non-residents carry concealed handguns in Ohio without a license?

Yes. There is no residency requirement for those legally permitted to carrying a CHL or practice their constitutional carry rights in Ohio. Additionally, Ohio law gives the Attorney General the right to negotiate concealed handgun reciprocity agreements with other states. For more information visit the Ohio Attorney General’s website.