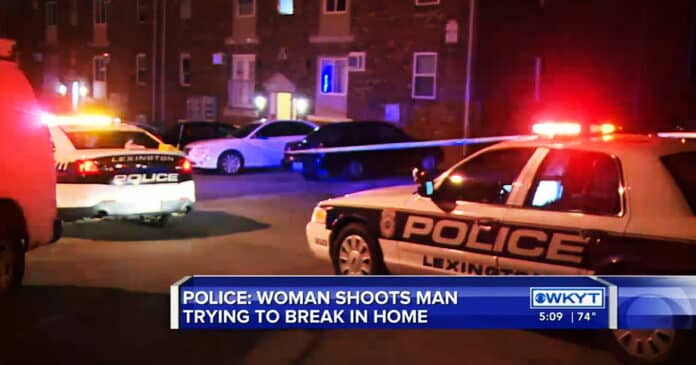 In the wee hours of a Tuesday morning, a Kentucky woman shot an intruder attempting to break into her Lexington apartment.

After fleeing the scene, the woman called 911. The suspect arrived at a hospital 15 minutes after the shooting with a gunshot wound. Police would soon identify the suspect as the apartment intruder, 42-year-old Keith Jackson, charging him with burglary along with terroristic threatening.

After further investigation, Jackson did not successfully enter the woman’s residence but did cause damage to its exterior.

Kentucky has a law referred to as “Castle Domain Law,” where a resident can almost always assume a person breaking in means to cause harm, therefore allowing the resident to legally defend themself and their property.

This Kentucky woman was well-prepared for the intruder. With the residence being an apartment, one major risk she hopefully considered well-beforehand was the proximity of firing her weapon, as apartments obviously contain others in a more enclosed space.

It would be great to know what type of weapon the woman used, as well as her home defense setup. Still, this shows one who chooses to demonstrate proper use of the 2nd Amendment is able to save their own life and their property, potentially others’ as well.

Individuals who own weapons for home defense should have a plan, especially for situational awareness. Just having weapons for home defense is only so much if you don’t have proper plans when they are to be used. It can be inferred home invaders view the early hours of the morning as a rather great opportunity to catch individuals off guard. Amazingly, this Kentucky woman showed exceptional preparedness as she was able to fend off the intruder from even getting inside her residence.