A Shot In The Dark: Lights, Lasers Or Night Sights 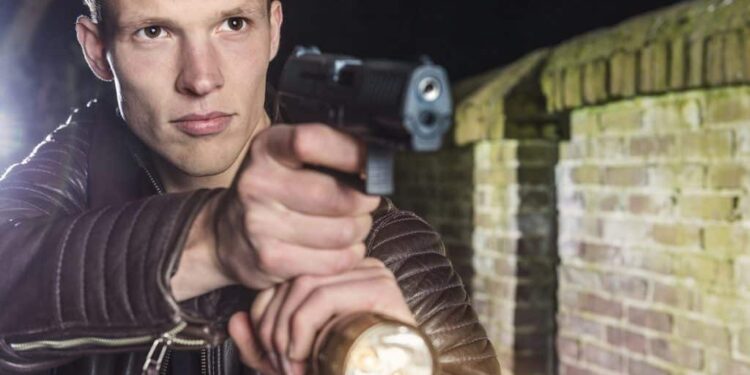 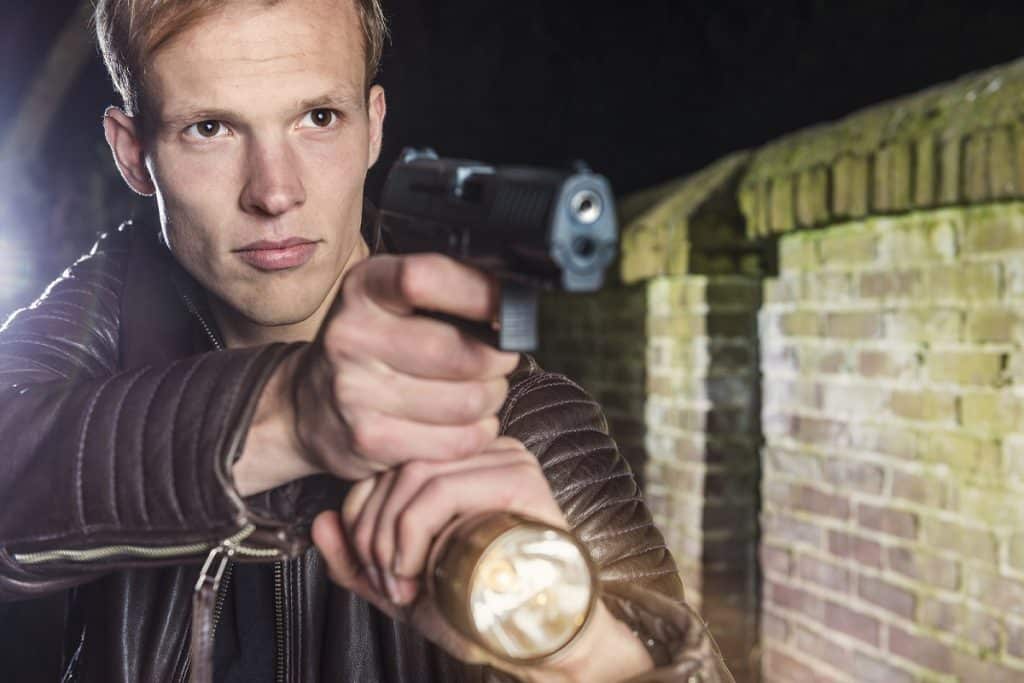 Decades of information on defensive and police shootings informs us that if you are going to be involved in a defensive shooting, there’s a good chance it will occur in low-light conditions. How, then, is one to index their pistol in the dark?

There are three typical solutions. Lights – such as a weapon light or flashlight kept close by – laser sights or luminescent night sights. All three are common concealed carry accessories or add-ons to guns. Which is best though? 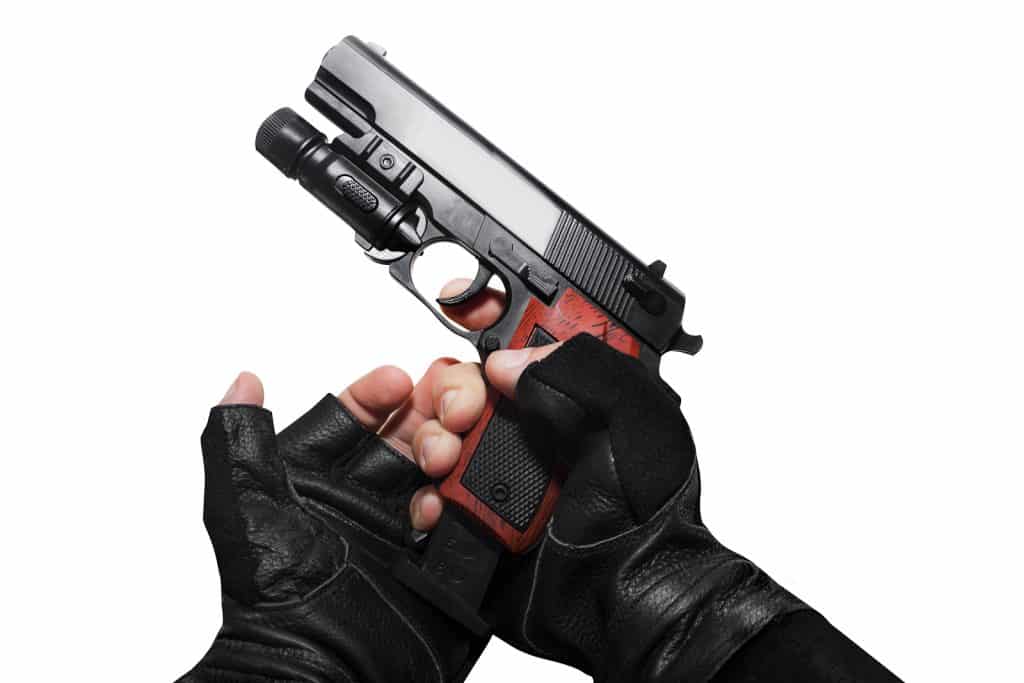 You can attach a gun light to your pistol or carry a small flashlight. You attach the former to your pistol, and the latter is carried in a pocket, belt holder or anywhere else. Both are viable, but come with drawbacks.

Gun lights, like a Streamlight TLR6 or SureFire, make finding a concealed carry holster a real chore. You also have to take care to select a popular model of light, because those are the models that holster makers craft compatible holsters for. You also have to be mindful to change the batteries every so often.

A flashlight takes up pocket space if carried that way, and the bulkier the light the harder it will be to get out of a pocket in a hurry. A belt pouch can be a great help, though so can a pocket clip.

The popular image of the deployed flashlight is the gun hand resting on the wrist of the hand holding the flashlight. Doing so works, but there is a school of thought that posits flashlights should be held out to the side, angling the beam in so you see what’s in front of you. It’s awkward, but the reason is that a flashlight or weapon light also can make you a target. An assailant can see the light source and fire. 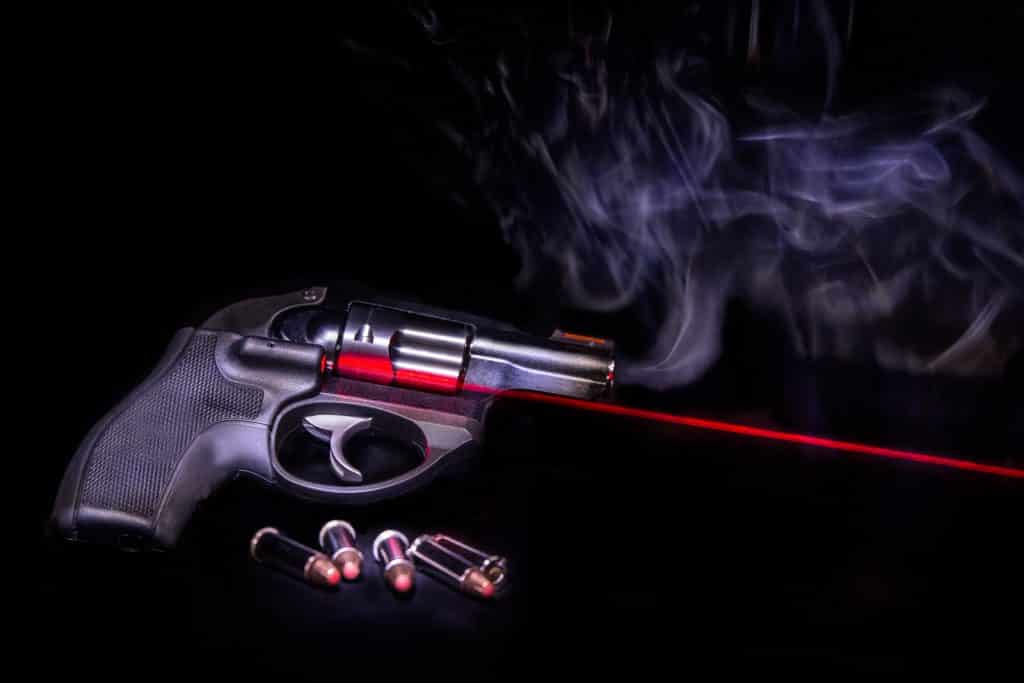 Laser sights – basically a laser pointer on a gun – can attach to an accessory rail, or you can opt for laser sight grips such as those by Crimson Trace or – for those pistols for which they are offered – laser light recoil spring guide rods.

The idea is also pretty simple. The dot appears on the target and you fire. In low-light conditions the dot appears just below point-of-aim, so you will generally hit what you’re aiming at.

Lots of upsides so long as you get the laser on target, which is less sure without a certain amount of ambient light, though there are few situations in which there is none.

However, just like with a weapon light, you have to select the right model if you intend to install one on a carry gun. Again, holster makers generally only make holsters for specific (and very common) models and for only a few pistols, so you’ll have to do some research to find the right combination.

You’ll also have to remember to change out batteries every so often, which can easily be neglected. Just like a weapon light or flashlight, the beam can also give away your position. Another potential drawback is that they aren’t as useful to people with certain forms of colorblindness, as the most common forms are red-green colorblindess…and most laser sights are red or green. 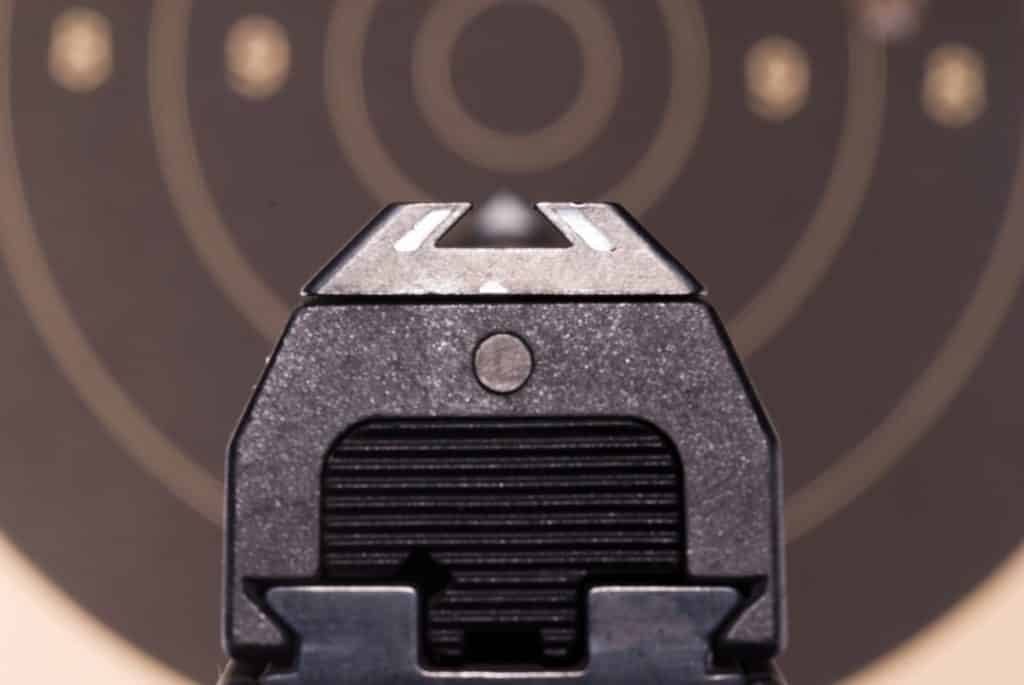 Night sights, also a very common upgrade or premium feature on factory guns, use a radioluminescent material to illuminate the sights in the dark. Tritium, a radioactive isotope of hydrogen, is most common.

Radioluminescence occurs when a radioactive particle interacts with a phosphorescent material, exciting electrons and giving off light. How the sights work is a small tritium pellet gets a coat of phosphorescent paint and is then inserted into the face of the sight. As the tritium decays, the beta radiation given off by the tritium interacts with the phosphorescent paint, producing yellow or green light depending on the paint used. Health risks are virtually nil (unless ingested) as tritium doesn’t produce enough beta radiation to pass through skin.

In low light conditions, the sights illuminate and thereby allow the shooter to get them onto the target.

They’re cheaper than weapon lights or laser sights but involve some care to install on one’s own if new sights are required. A new holster isn’t usually called for and a potential threat can’t see the sights like they can easily pick up the beam of a laser or flashlight. The dots last longer than batteries do; tritium half-life is about 12 years, so you can go about a decade between changing sights.

However, the principle drawback is that you need enough ambient light to see the target, though there aren’t too many situations where that’s an issue given the abundance of artificial light in most environments these days.

Which to get, though? Each offers benefits and drawbacks, so that’s really up to the user. Night sights are cheapest, though can be tricky to install and are useful in all but the lowest-light environments. Lasers and weapon lights get you on target fast – provided you keep fresh batteries in them – but can be a giveaway to a potential threat, require specialized holsters and are a bit more expensive. It’s really all up to you. Try each out, and see which you prefer- that’s the one to get.

Should You Hold Someone At Gunpoint Until Police Arrive?

Should You Hold Someone At Gunpoint Until Police Arrive?