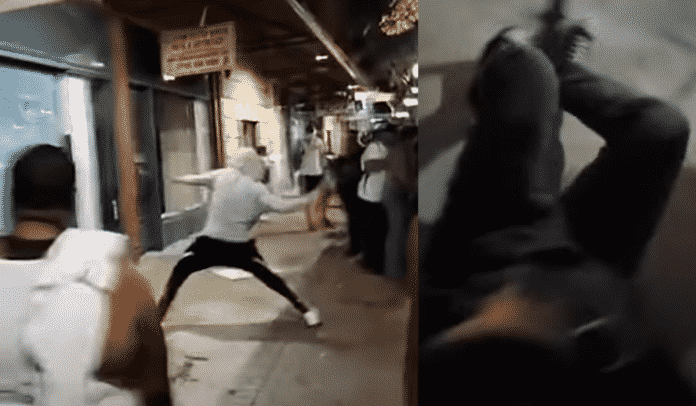 The only details we have of this incident are from a video that was filmed below showing looters breaking into a jewelry store in San Antonio, TX. You can hear the mob cheer as they finally break through the glass and then rush the jewelry store.

You can hear people saying “Take that. S#%T!” and “TAKE ALL THAT JEWELRY!”

Well, they got something more than jewelry because someone inside the store had a gun to protect themselves and presumably their business.

We recently covered a story out of Minneapolis where a business owner shot and killed an alleged looter and was arrested. Castle Doctrine and Stand Your Ground laws in Minnesota are a bit different than Texas, not surprising.

Now, I’m no lawyer but that video seems to show that they definitely unlawfully entered the business with force.

We will update this story as more details come out.

This shit needs to stop. We can’t let the Communists destroy our markets that is the goal of not prosecuting “shoplifting”. These looters won’t stop until a few start getting dropped; they think there is no consequences and they need to learn otherwise. If the prosecutors and judges won’t do anything they leave the store owners little recourse.