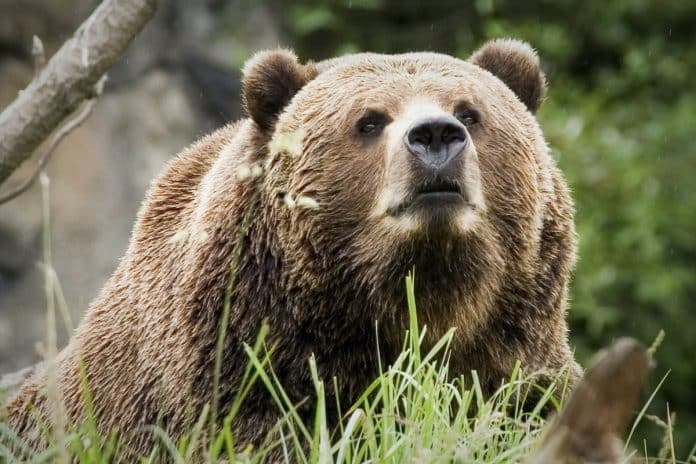 A 26-year-old Connecticut man was arrested for killing a bear while attempting to protect his dog from attack. Apparently, his dog came across a mother bear with two cubs in the woods, and as dogs will do it ran toward the bear barking at it.

The mama bear treed her cubs and took up a position of protection for them. Of course, the dog didn’t back off so the owner, fearing for his dog, got a rifle and fired a shot at the bear to try to scare it off. Unfortunately, the shot hit the bear killing it. Shooting a bear in Connecticut is illegal so the man was arrested by conservation police.

Officials reported that the cubs appear healthy enough to survive. The dog was not hurt.

What would cause anyone to think that it would be possible to scare a mother bear away from cubs she just run up a tree is beyond me?

There is nothing in the woods more dangerous than a mother bear protecting her cubs. But, if you are going to give it a try at least aim for the ground a safe distance from the bear. The bear is not intimidated by your gun but the gunshot might have an effect? I can’t see any reason to risk actually hitting the bear.

The real legal issue here is protecting your dog with deadly force.

No, the dog’s owner was not shooting at a person to protect his dog but since it’s illegal to kill a bear in Connecticut, the only justification to do so would be to protect human life. Dogs are not family members. They are considered mere property by the law so killing a bear, in this case, will leave you open to charges at the discretion of the local authorities.

Don’t know what this guy could have done to save his dog except not let it run after the bear in the first place. Once they are in a standoff, going in to rescue it would have been risking his life. Bear spray? Maybe. Anyway, this guy is facing a $500 fine and/or 30 days in jail. Maybe he’ll get a judge that’s a dog owner.