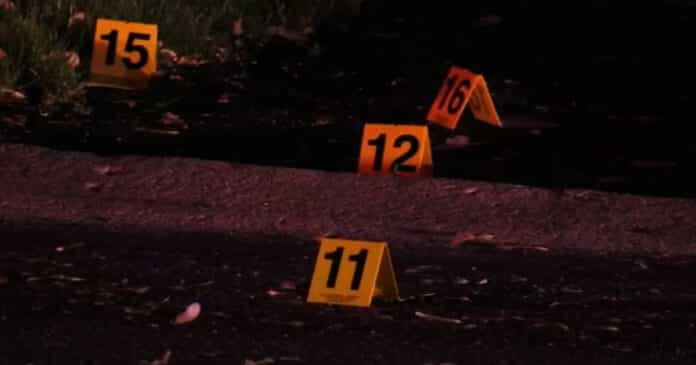 I feel like we cover these stories a lot here on USA Carry. Someone hears something going on outside. They grab their gun to check on it and wind up getting into a gunfight with whoever made said noise.

And that’s exactly what happened earlier this week in Chicago, IL. A man was inside his home around 11:46 PM when he heard noises coming from outside and then noticed his car’s dome light was on. He then grabs his gun and decides to go check to see what is going on.

As he gets outside, he’s greeted by multiple people attempting to break into his car. One of the suspects opened fire, and the homeowner returned fire. It is unknown how many shots were fired, but you can see an evidence marker with a 23 on it in the news video covering the incident.

The homeowner his one suspect who police found when arriving on the scene. He was taken to the hospital and is in stable condition. The other suspects have not been caught.

We say it every time, but your vehicle is not worth losing your life over. While it can be infuriating to catch someone in the act of stealing your car, grabbing your gun and confronting them is the wrong answer. This man had no idea what he was walking into and encountered multiple suspects. And for all we know, they all could have been firing back at him. Luckily, the homeowner wasn’t hit, and no one else was injured by any of the stray fire, which is something else you need to think about. What if the man had family inside, and him going outside caused the gunfight to ensue. Then a stray round goes through the house and hits a loved one. Your vehicle isn’t worth it. Period.