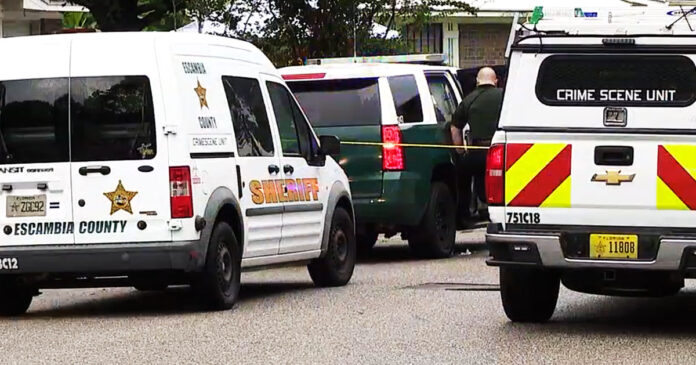 The fatal shooting of a 60-year-old man by a Florida teenager is now being investigated as a “stand your ground” case.

Escambia County deputies say the teenage victim will not be charged at this time as it has been seen as a case of self-defense.

Chip Simmons, Escambia County Sheriff, stated that the 60-year-old man thought the teenager and another individual were trespassing with their vehicle parked in a home’s driveway in. The passenger in the car actually lived at the residence, and the two teens were preparing to go fishing. The elderly man initially confronted them and even blocked them into the driveway with his own vehicle since he knew the home’s owner.

After driving off, the man returned to the parked car, reached in, and grabbed the teen driver by the throat. That’s when the driver shot the man twice.

“I was looking to see if he had something in his hands, you know, for a weapon,” the woman said. “And he didn’t have anything in his hands. And they put the window down in the car, and he had his arm in the car — and then I heard [two] shots.”

The teenager who fired in self-defense could be liable to charges based on his age, but Florida also does not prohibit the possession of firearms between the ages of 18 and 21. The story does not state how old the teen was. Otherwise, this is rightfully being investigated as “stand your ground” with it occurring on the passenger’s property.

With the victims being practically boxed in, their only way out was to be prepared to defend themselves. This is a teaching moment for self-defense in a stationary space such as a car. In most cases, an evil force reaching into your vehicle is enough to prompt an act of self-defense. Training for moments like these only adds to self-defense benefits.

The State Attorney’s Office is left with the decision of whether or not this case indeed was justified in the victims standing their ground.