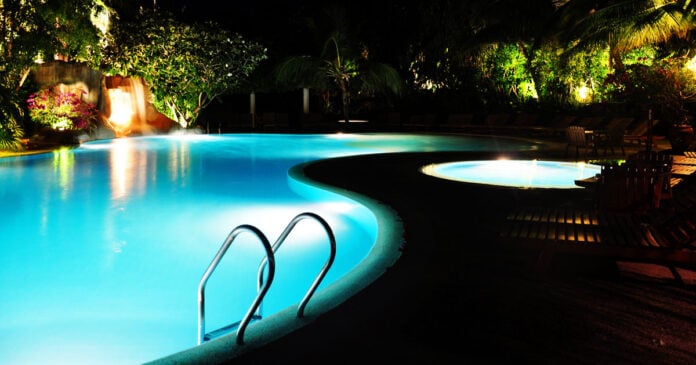 A homeowner held a man at gunpoint until police arrived after the suspect jumped into his pool.

Glass was initially confronted by the homeowner when he tore the pool enclosure screen, attempting to defend himself by saying Sumter County sheriff’s deputies were pursuing him. A check with said county discovered this was a lie.

Once Glass was detained by police, EMS asked his handcuffs to be taken off to check his vitals. Glass also asked for water, which he sprayed at one of the deputies after being uncuffed.

According to a report, deputies then put Glass into a four-point restraint due to his “aggressiveness.” They only added on to his charges, including battery on a law enforcement officer, trespassing, criminal mischief, and resisting arrest. He was booked at the Lake County Jail and posted bail on a $9,000 bond.

Depending on where you live, holding someone at gunpoint in your own residence can have implications on being justified. Still, it seems as though this homeowner will not be charged with doing so, as there have been no reports of charges against him.

Citizen policing is a dangerous act in itself. This suspect was not the brightest, to say the least, when stating he was being chased by law enforcement on top of trespassing into the pool. A threat was in the homeowner’s residence, and he really isolated him to where he could not pose a danger to the rest of the community. Putting ourselves into the line of duty must be a reminder of the risks of doing so, although praisable.