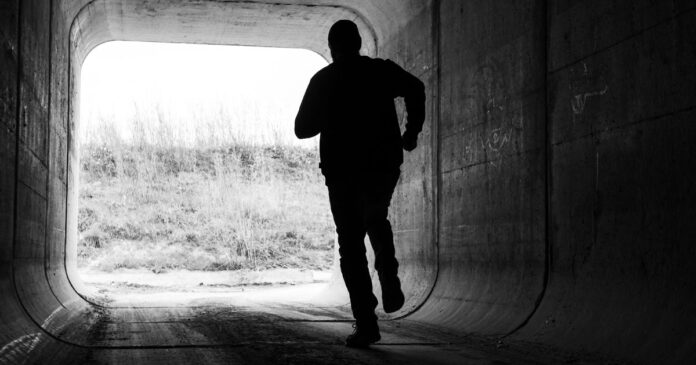 A little before midnight on a recent Sunday night in St. Louis, a man attempted to rob another person in the downtown area according to police. The robber was shot in the head by the victim and died at the scene. The robbery victim left the scene before police arrived and has not been identified. Two guns were recovered by police.

Fleeing the scene after you’ve used deadly force to defend yourself, unless for clear reasons of safety, is not a good idea, especially if you don’t later, as soon as possible, turn yourself in to the police. Leaving the scene causes authorities to ask why would an innocent victim not stick around to report what happened to them. This of course leads police to suspect that you’re not an innocent victim.

It’s called consciousness of guilt evidence and it will be used against you. A victim usually looks, talks, and acts like a victim so you don’t want to inadvertently give the police any reason to suspect that you are not a victim.

If you can safely do so, stay put and wait until the police arrive to secure the scene.