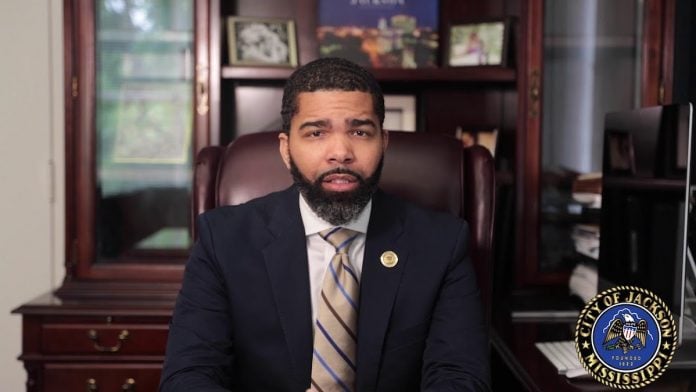 In a video released last Friday, Mayor Chokwe Antar Lumumba announced that he signed an order suspending open carry in the city due to the Covid-19 emergency. No further explanation was given.

In the video, he stated:

“The open carry law interferes with law enforcement’s ability to take illegal guns off of the streets. Prior to the open carry law, when Jackson Police Officers saw a gun in plain view it gave them the probable cause to seize the weapon and determine whether it was an illegal weapon or not. The open carry law not only provides protection to individuals who are armed with illegal weapons, it creates an atmosphere of fear and intimidation in the community.”

Under Mississippi’s preemption law this would normally not be permitted but the Mayor is apparently citing a part of the code listing civil emergency powers as giving him authority to do this.

There is some confusion over which code the Mayor is referring to but the one that seems the most likely, § 45-17-7, says:

”After proclamation of a civil emergency, the chief administrative officer may at his discretion, in the interest of public safety and welfare:

(d) Order the discontinuance of selling, distributing, dispensing or giving away of any firearms or ammunition of any character whatsoever.
(e) Issue such other orders as are necessary for the protection of life and property”

It appears that the Mayor is assuming that the last line of this statute allows him to do most anything he wants during a declared emergency. What possible reason he could have for suspending open carry during this time and how this could possibly relate to protection of life and property were not explained. I would expect that lawsuits will be quickly filed against this action.

This is another great example of how important it is to understand the personal character and worldview of anyone running for public office and of how important it is to elect lawmakers who actually know something about how to draft statutes.  Extremely broad statements like, ” such other orders as are necessary”, are far too broad in their scope. Yes, they are meant to cover things that couldn’t possibly be anticipated but they can too easily be misused/misapplied by public officials who either don’t understand or care about the spirit in which they were intended.