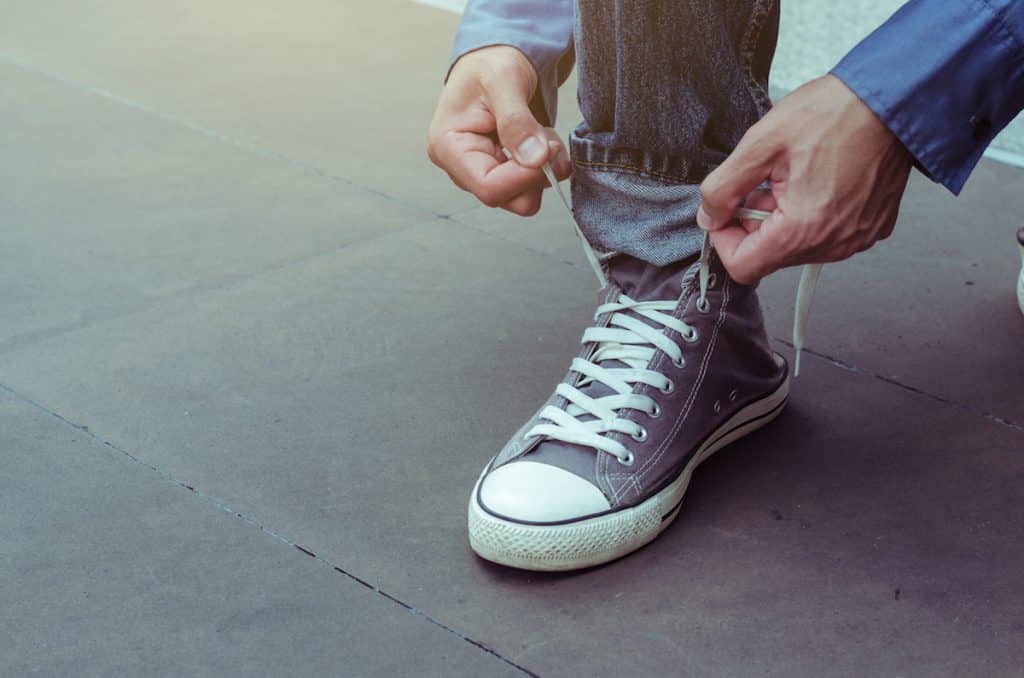 In that vein, the importance of situational awareness is very often discussed as a means of threat avoidance. This is a critical skill to hone. However, we all know that not all dangerous situations can be avoided entirely, and it is impossible to see everything coming, which is why we carry guns in the first place. This article is not going to discuss situational awareness, though. Instead, we will be examining an extremely critical, but often under-discussed and under-trained aspect of surviving a deadly encounter – the role of movement.

Movement is critically important in any encounter.

If you’re a moving target, you are significantly more challenging to shoot. If your attacker is armed with a hand weapon like a knife, they have to catch you to cut you. As such, movement can help protect you whether or not you’re armed. Even if you are armed, it can provide a wide variety of tactical advantages, such as getting into cover or may also provide an opportunity to escape entirely. Many instructors talk about movement at least a little, usually with some variation of a phrase like “get off the X.” Very often, however, that’s the end of the discussion. It seems extremely obvious, to the point where “practicing” seems needless to many.

One of the significant problems, though, is that so much of our training and practice reinforces the opposite reflex. Most people do most of their practice, and even formal training, standing perfectly still at shooting ranges. This is often due to the limitations of shooting range rules and range safety. Shooting ranges aren’t wrong for having these rules, but it is nonetheless a problem when it comes to getting useful training and practice. Shooting on the move while under fire is significantly more difficult than under the calm, ideal circumstances of a shooting range, where you have all the time in the world to assume a proper, comfortable shooting position to engage an entirely stationary target.

Do you practice drawing while moving?

There are also other issues to consider beyond your ability to shoot well while moving. Too many people already fail to practice their draw as much as they should (I’m guilty of this too sometimes). Even if you practice your draw regularly enough to develop it into a smooth, quick, and confident reflex, can you do it while moving? Have you ever tried?

And for further consideration, does your carry method allow you draw easily while running? There are many variations of deep cover holster that might be difficult to access while running. If you pocket carry, can you get your hand in your pocket while your legs are pumping? These are all things to consider and to try. As I often say about a variety of shooting techniques: “you don’t want a deadly encounter to be the first time you try this.”

You can see this kind of immobility reflex happen in training videos. For example, I’m sure most of the people reading this article have heard of the “Tueller Drill” or the “21 Foot Rule.” If not, this is the idea that, if your attacker is within 21 feet, he can almost certainly reach you with a hand weapon (such as a knife) before you’re able to draw. This leads to some pretty silly assumptions and discussions. Some people will say things like “knives are more useful than guns within 21 feet” or some other such fatalistic overestimation of a knife’s ability to instantly kill you, and that you’d better be ready with your kung-fu skills or just accept your death. Take a moment to watch this video to see what I’m talking about:

In the first minute and a half of this video, you can see these immobile training problems in action. So many of the officers in the video have the reflex to plant their feet and try to draw while being attacked with the knife. The ones that do move tend to trip over themselves, not quite sure what to do with their feet. In the later, more recent part of the video, you can see people making the mistake of doing the Tueller drill as an actual drill – seeing if they can draw from concealment before their attacker can reach them.

Doing the Tueller Drill as a drill misses the point, and only creates more problems. You should never train to stand perfectly still and draw against a charging opponent. Even if you were to succeed, your handgun is highly unlikely to incapacitate the threat before they can hit you anyway. Many, better videos show the significant difference that just a bit of movement can make. Take a look at this one, for example:

As you can see, against a charging opponent, merely moving perpendicularly to the charge or using the terrain can be more effective than any quick draw or hand-to-hand skills. It can actually give you more time to draw or prevent you from having to fire altogether. As they rightly say in the video: “the more mobility you add to the situation, the higher your chances of survival. Mobility is king.”

This is only one example. There are countless ways in which decisive movement could possibly do more to save your life than fast, accurate shooting. If you can get out of a situation quickly, or if you’re simply faster than your opponent, you might be able to avoid drawing at all. Even with the popularity of “Stand Your Ground” or “No Duty to Retreat” laws around the country, standing your ground isn’t always the best course of action tactically. There is no shame in retreat if you survive. And if you do have to shoot, being able to do so on the move will only make you that much more effective in a fight.

How and Where to Practice Movement

Unfortunately, not everyone may have the space to add movement into their routine. Apartment dwellers and those without very private yards can’t always run around their yard brandishing a gun in full view of the neighbors, and even with an empty gun you should always keep it pointed in a safe direction, which can make this practice difficult. However, if you can do it, you should give it a try.

Another excellent thing to do is to search out a local USPSA or IDPA group near you. These shooting sports require you to draw, move, and engage a variety of targets at a variety of distances in endless different scenarios. You will get to practice your draw, movement, and shooting skills under the pressure of time. This is not quite the same as the pressure of a fight, but it definitely adds an edge you can’t get while shooting casually at the range. You will get the opportunity to engage targets from cover, and practice many other useful skills like target transitioning and speed reloading. You will meet plenty of enthusiastic shooters who will be eager to show you the ropes and help you improve. It is also just a lot of fun, and you’ll likely make some new friends. The cost to shoot a match is generally not much more than the range fees at an indoor range, which makes this some of the most cost-effective training you can do.

You may also be fortunate enough to find some Force-on-Force training offered in your area. This will be the closest to a real-world violent encounter you can come in training, and is usually done using simunitions. In addition to being able to learn the value of movement, you’ll get an opportunity to practice making quick judgment calls, and to do it all under the stress of return fire. While simunitions are not lethal, that doesn’t mean they don’t hurt.

Lastly, you should also just make it a point to consider the role of movement whenever you’re playing the “what would I do” game in your head. When you’re practicing your situational awareness and running through hypothetical threats in your mind, just remember to consider how you would move in addition to the other things like whether you would draw. How you should move should be among your first considerations in any encounter. Note the exits, note the lines of sight, and the opportunities for cover and concealment. Try not to corner yourself if possible, because movement can’t help you if there is nowhere to go.

Of course, not everyone can move with the same ease. Many things such as age, injury, or disability can prevent someone from utilizing movement to various degrees. One of the great things about firearms for self-defense is that they give people with less physical prowess a fighting chance. They level the playing field. Even so, you should train to use what mobility you do have to your best advantage. I’ll discuss this more in part 2 of this article.