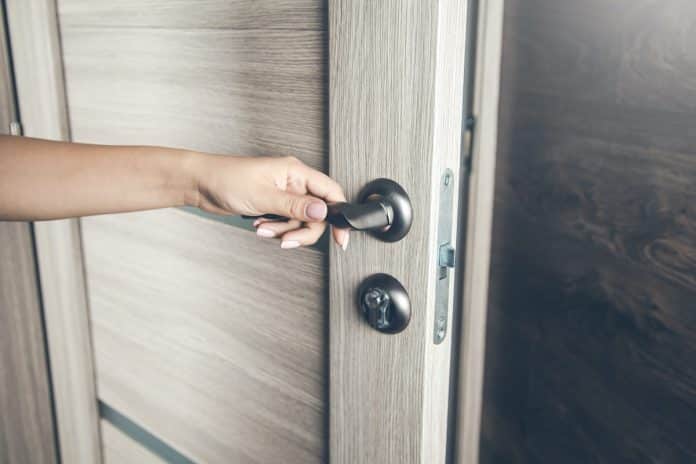 Things didn’t turn out so well for a Texas man last Monday. According to the Port Arthur Police Department, a man showed up to a woman’s apartment, a naked man, that is, around 1:00 PM this past Monday.

After knocking on the door, he entered the woman’s apartment uninvited. The woman had a gun and was ready to protect herself. When police were called to the scene, he was found shot in his “lower extremities.” 😬

The man was transported to the hospital with non-life-threatening injuries. No arrests were made, but I’m sure there will be charges for this naked intruder coming down the pipe.

Details were a bit scarce, but there are three things we can touch on from this incident.

The first is that you never know when bad things are going to happen. Things can take a turn for the worse when you least expect it.

Secondly, it isn’t clear how the man gained access to the house. But it appears that she must have opened the door after the man knocked. If you don’t know who is at the door, then you shouldn’t be answering it. Video doorbells are relatively cheap and easy to install. This is a great option for someone without a peephole to know who is on the other side of the door. I’m pretty sure if she were able to see a naked man standing at the door, she wouldn’t have opened it.

And lastly, this is an excellent example of why you should be carrying concealed at home. We don’t know if she had a gun on her or nearby, but she was able to stop the threat before he was able to do her any harm.