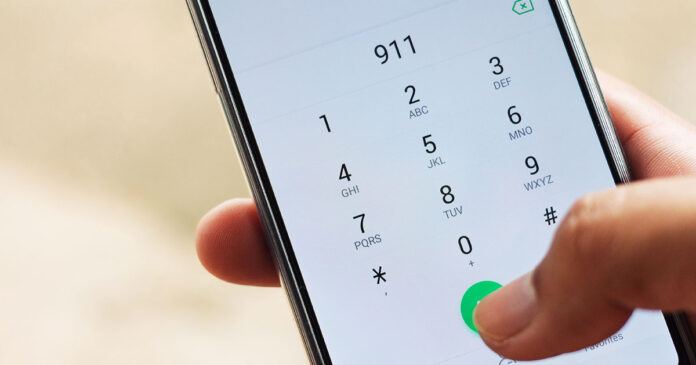 The 911 system has come a long way since they made the first call from Haleyville, Alabama, in February 1968. In 2021. They estimate there will be 240 million calls to 911, and in many areas, 80% or more of those calls will be from a cell phone. Britain was the first country to establish a three-digit number so you could report any emergency with a single call. The US selected 911 because it was simple to remember and hard to dial by accident on an old rotary-style telephone. The process has come a long way, and today we assume emergency services will immediately answer when needed.

They estimate around 20% of calls are for non-emergency purposes like a leaking roof or someone whining about slow pizza delivery. Yes, some individuals expect the Police to assist them in getting a refund. Someone in California called about “frogs croaking too loudly.” Who in their right mind calls the Police about frogs being too loud?

In July of last year, Chicago’s dispatchers received 65,000 calls in 24 hours, and on a typical day, they handle around 15,000. Overwhelmed does not even describe that kind of volume. Mayor Lightfoot said, “If there’s a problem, call 911. We will respond’. Maybe she can explain how that works if you cannot even get someone to pick up the phone?

Coincidentally, I was downtown in that mess, but that’s a topic for a different story.
According to records obtained by the Chicago Sun-Times, the “average service level” — the percentage of calls answered within the police department’s “goal response time” — was just 38% during a sample period of April 19 to April 30 of this year.

On Christmas Day last year, the bombing in downtown Nashville led to outages stretching into various states, and in some areas, it was down for a few days. A single bomb goes off, and maybe you realize how fragile the telecom infrastructure is. Their system was not overwhelmed. It was destroyed!

Denver receives 181,000 calls per month, but 44 of the city’s 93 positions are vacant. Training additional staff doesn’t get done overnight, and when the staffing level is half what it should be, they are looking at a long uphill battle. A new hire will have to wait on a class and then complete 20 weeks of training before answering calls on their own.

Portland needs 131 dispatchers, but there are only 114 positions filled in the Emergency Communications Bureau. Instead of getting an actual person, you may hear their recorded message, “Please do not hang up. This is the 911 emergency line. A call taker will be with you as soon as possible.”

Some residents in Philadelphia have said, “sometimes it just rings, and rings,” while others complain they have to make multiple calls to get hold of anyone. Last year, their call center typically got around 5,000 calls per day, and this year some days have reached over 8,000.

NENA (National Emergency Number Association) says the standard for answering calls is “Ninety percent (90%) of all 911 calls SHALL be answered in less than fifteen (15) seconds.” The trend in 2021 has been going downhill and not improving. Most major cities have received multiple complaints of citizens not getting any answer when call volume is high.

If you “pocket dial,” don’t hang up, or you may look out and find Police are surrounding your home wondering what the emergency is. In a high-stress situation, you will get impatient, but staying on the line is vital because hanging up and trying again puts you at the end of the queue. When you call back, you will get the same “you have reached 911,” and the wait will start all over again.

If you need to call 911, be ready for all kinds of questions. Emergencies are unpredictable, so they will need to know many details, including are you injured, are you still in danger, can you give them a description of the bad guy? The last thing you want is first responders mistaking you for the threat. You survived the attack, but then getting shot by the Police would be a tragedy.

What if you can not reach emergency services?

Cell phones have batteries that can go dead, and reception is not always available, especially if you are in the basement of a building. Cell service can be spotty even in large metropolitan areas, and finding out you have no bars will not help.

What if you or someone else is wounded? Do you have the know-how needed to “stop the bleed“? Have you thought about steps to buy yourself some time until aid arrives or, even worse, evacuating yourself or people you love? Have you practiced and prepared mentally to engage multiple threats? What if the odds are against you, and the only opportunity left is to slow an attacker down long enough for your family to escape? These are incredibly tough scenarios to prepare for, and you will have the ask yourself some tough questions.

Self-defense goes way beyond carrying a gun and the additional responsibilities that go along with it. It would be an excellent idea to have a strategy for handling every emergency you can think of, including times you may not need to use your firearm.

We live in a new world, and I think I speak for all of us when I say we carry a gun to defend ourselves. Preparation encompasses so many scenarios we would never have dreamed of just a few years ago. We used to reach out, and they would answer our calls within seconds, but the playing field has changed. Some say we carry a gun to be a vigilante, but those people need to realize that we only want to handle the dangers around us. Help may be “Just Around the Corner,” but only if you can get someone to answer.