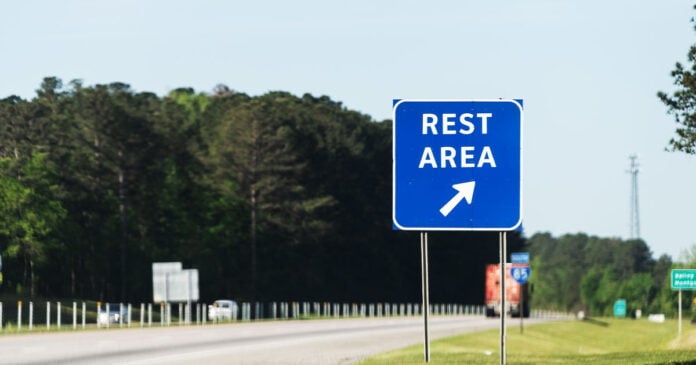 Virginia rest stops are the new locations of unconstitutional postings thanks to “No Guns” signs that are now present.

The Commonwealth takes precedence of these rulings and is a result of the Democratic Party’s decisions.

2A supporters can take some rejoicement in that Mark Levine of the House of Delegates lost his run for Lt. Governor as well as his House seat in the Democratic primary earlier this year.

On November 2, the entire House of Delegates, Governor, Lt. Governor, and Attorney General positions will be open. Gun-owners are especially important in making sure this election has a good 2A support turnout, with this year being an off-year election, expecting a low turnout.

These rest stops are for many drivers unchartered territory, inferring a need for personal protection for their travels, whether business or recreational.

These postings are a shot at the 2nd Amendment and are just altogether unconstitutional. How are law-abiding citizens supposed to not only feel but know they can protect themselves from harm when there are obstacles like this?

This is a prompt action that should influence not just Virginia citizens but everyone in their respective state to make sure they do their part in voting those into power who will uphold the measures that have made this country constitutional.