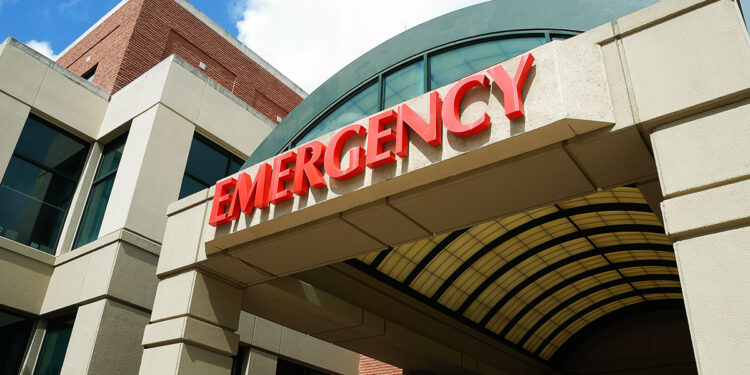 If you are going to carry concealed, make sure you do so with a proper holster. This man learned the hard way.

Police were dispatched to a call of a man with a self-inflicted gunshot wound in Collegeville, PA, this past Sunday. When they arrived on the scene, they found the wounded man with a makeshift tourniquet that a neighbor had put on. An officer removed it and put on an actual tourniquet, and was able to slow the bleeding.

After talking to the man, who had a valid Pennsylvania concealed carry permit, he was carrying a 9mm handgun in his waistband without a holster. As he felt it slip, he tried to readjust the gun but pulled the trigger when doing so, discharging a single 9mm round into his right upper thigh/groin area. He was transported to the hospital for additional care. 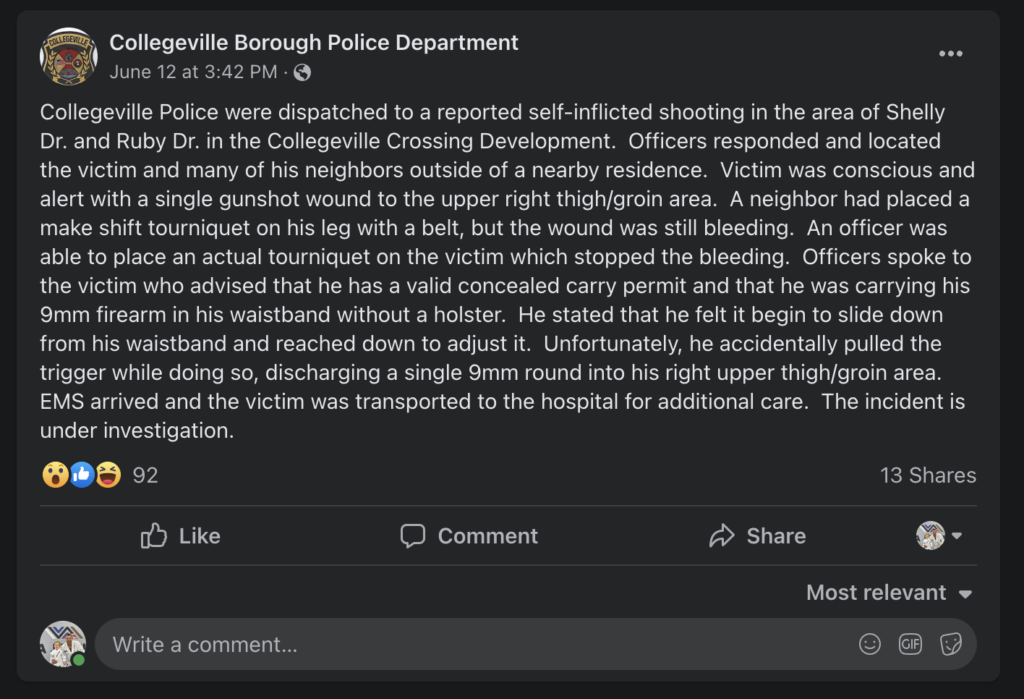 We say this time and time again. You have to have your gun in a holster that covers the trigger guard if you are going to carry concealed. That’s all it takes to prevent these types of negligent discharges. Never carry a gun just tucked into your waistline. You also need a holster that attaches to your belt or some other type of holster system like the Phlster Enigma.

This also shows the importance of having a trauma kit on hand. It sounds like a neighbor used an improvised tourniquet which might have saved this man’s life. A C-A-T Tourniquet can be bought for about $30. That’s not much to spend on something that could save your life. And you have more of a chance of using it on yourself or someone else than having to use your gun in self-defense. And if you have one, make sure you know how to use it. I recommend finding a Stop The Bleed class near you or getting TCCC Certified.