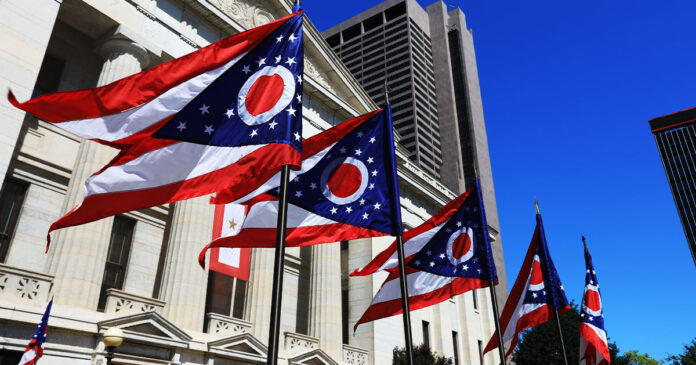 Constitutional Carry Bill SB 215 aims to recognize Ohio as one of the country’s list of states that allow permitless carry.

The bill does not eliminate the concealed carry license but more so makes it optional for those either still wanting the license or having it for reciprocity in other states.

“Ohioans have proven themselves to be overwhelmingly law-abiding over the past 17 years since concealed carry became law,” said Dean Rieck, BFA Executive Director. “And Ohio is ready to join the 21 other states that now permit concealed carry without a license.”

In regards to open carry without a license, 34 states currently allow to do so. With 75% of the country allowing permitless carry whether it be open or concealed, these states have not seen an increase in crime or accidents despite gun control advocates’ fear-mongering.

The bill does not change any rules for use of lethal force as well as where Ohioans can legally carry. Otherwise, it eliminates the duty to “promptly” notify a law enforcement officer when carrying, as the term has caused much confusion.

As stated, the bill allows law-abiding citizens to carry a handgun with or without a license.

This bill speaks volumes to the 2nd Amendment. These types of things answer the question of how we can make sure the defenseless can become armed to defend themselves.

Mainly the hope with something like this is that with the increasing number of gun owners, they put the time in to practice with their firearm(s). With the time and money, one could save with permitless carry, hopefully, those factors can be further applied to self-defense training.