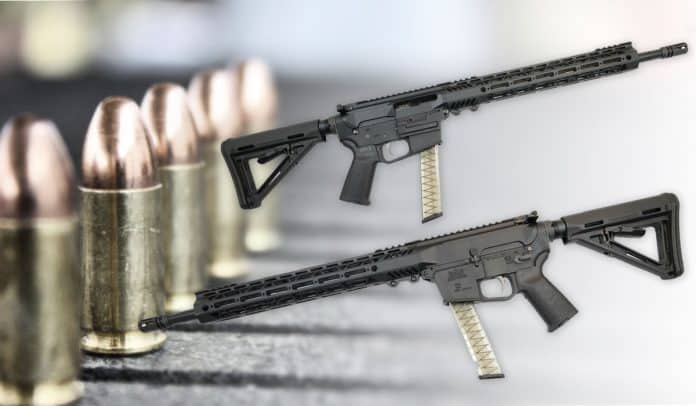 Many trends come and go within the firearms world, like any other technology. And a few remain for the long haul. The 1911 handgun has been solidly chugging along as a favorite among many for over 100 years. America’s favorite rifle, the AR15, has been around since the 1950s. Some firearms technology has significant longevity. But, some does not. There’s a new kid on the block in terms of popularity, not necessarily in terms of being new technology. We’re talking about the pistol caliber carbine or the PCC. Is this a trend that offers something of significant value to many shooters, or is it just a passing fad?

What is a Pistol Caliber Carbine?

Essentially, a PCC is a shoulder-mounted long gun that is chambered in a pistol caliber cartridge. Most long guns are traditionally chambered in dedicated rifle rounds. The PCC platform is of a similar size but chambered in a cartridge that is generally more limited, ballistically.

What is the point of this?

Many would argue, with some persuasive merit, that if you are going to use a rifle, why not use a rifle? Why would you embrace the larger platform only to limit yourself to handgun power?

The first thing to understand is that the PCC is not a rifle. Even the more powerful handgun cartridges will not perform as a rifle does. Not only do they lack the same power, but they will not have the range and accuracy. However, the barrel length on these guns, usually 16 inches or more, gives most handgun cartridges a significant boost in performance. A 9mm coming out of a 16-inch barrel is producing more energy than out of a 4-inch pistol barrel. If we look at the carbines chambered in traditional revolver cartridges such as 357 or 44 magnum, we see an exponential gain in energy. 357 magnum from a rifle barrel performs more akin to a rifle than a handgun, though it is range limited due to the difference in ballistic coefficient between typical pistol and rifle bullet design.

The most common PCCs currently being used are based on the AR15 design. Some of these guns use well-established pistol specific magazines, like Glock mags. There are also design-specific options like the Ruger PC Carbine. This gun also can take either Ruger magazines or Glock magazines, giving it considerable versatility. Not all PCCs are modern variants, however. Marlin, Henry, and other manufacturers produce numerous models of lever rifles in pistol calibers such as the previously mentioned 357 and 44 magnums. The Marlin model 1894 literally goes back to the year, you guessed it, 1894. This gun is still an excellent option for taking a medium-sized game at closer ranges. It even proves a formidable defensive long gun in the hands of a practiced user.

What are the Benefits?

So, if we are using a long gun with a generally less-capable cartridge, what are the benefits? As it turns out, there are certain niches that PCCs serve well. To begin, the lesser-powered cartridge may be ideal for the particular application. Perhaps in home defense, due to your living circumstances, you might be more comfortable using a pistol caliber. It is arguable that some rifle cartridges such as 5.56 actually pose less over-penetration issues than do most pistol rounds. But the more limited range and power of a pistol cartridge may be better suited to your living conditions.

Despite being chambered in the same cartridge, the PCC still offers the great advantage of improved accuracy and handling that comes with the shoulder-mounted weapon compared to the handgun. And they generally provide very low recoil as well.

Also, the muzzle blast and noise is often significantly lower from a PCC than from a rifle. A PCC with a 16-inch barrel, for example, has far less muzzle blast than does a 16-inch carbine chambered in the ubiquitous 5.56 Nato rifle cartridge. Unless you are using a suppressor, which most home defenders are not equipped with, the muzzle blast and noise from a rifle is staggering when fired indoors. Most pistol calibers are mild in comparison when fired from a long barrel. This is no small consideration in terms of home defense, where you might need to fire the weapon around your loved ones. Inflicting permanent hearing damage on yourself and your children, for example, is a possibility that is significantly increased with rifle cartridges.

A third potential benefit is ammunition compatibility and even magazine compatibility with your handgun. For example, if you carry a Glock pistol, the right PCC can offer a weapon that accepts the same round, and the same magazines. This means that you have a handy and portable setup where you only have to accommodate one type of magazine and ammunition. If you are a revolver shooter that uses, say, 357 magnum, a lever-action PCC chambered in the same cartridge provides a formidable long gun that utilizes the same ammo. While I have never found the need to maintain two different magazine and ammunition types unbearable, for some people this may be of great benefit.

Like anything else, there is a tradeoff when we use a PCC. Obviously, rifle rounds simply outclass a handgun caliber cartridge. Many argue that if the need for a long gun arises, then grab a true rifle. There is certainly some merit to this. Even if using a considerably powerful handgun cartridge like 44 Magnum in a PCC the round will be range limited compared to a rifle cartridge. However, the argument can certainly be made that there is little realistic need for a greater distance than such a round from a long barrel can provide in any self-defense application. Nevertheless, even the most powerful handgun rounds are outclassed by even pedestrian rifle rounds.

One significant consideration related to certain types of PCCs is this: reliability may be questionable, depending on the platform. Old designs like the lever rifles chambered in pistol cartridges tend to be tried and true. But newer designs, such as the AR platform guns designed to fire 9mm or other pistol rounds, can have issues. There seems to be an inherent flaw in some of these guns regarding the use of the pistol magazine. Some do work fine. But you really need to thoroughly test and vet any such platform before you relegate the gun to self-defense.

Pistol caliber carbines are not for everyone, but they do serve an undeniable role for some applications. Are considering getting a PCC? Maybe an old-fashioned yet still completely viable lever-action design? Or, how about a modern sporting rifle design? My advice is to do your research, read the reviews, and fully test the gun upon receiving it. 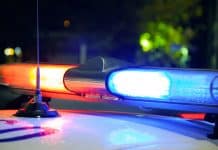 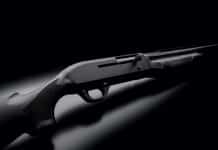