How Tactical Pens Can Save Your Life 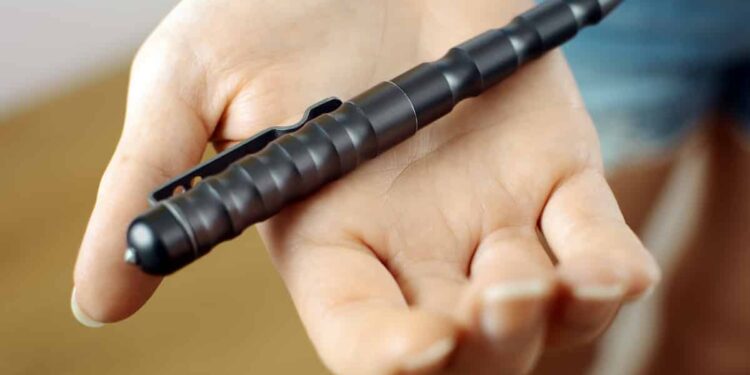 At first glance, a tactical pen looks the opposite of intimidating. It’s a pen that can you can use as a spike or a blunt weapon. In either case, if your life comes down to a tactical pen, things have most certainly taken a turn for the worse.

That’s what the layman may believe. However, in a close-quarters environment, a tactical pen actually has several advantages that items like knives or melee weapons would lack.

The advantages of a tactical pen:

That last one is of particular importance. When we get ambushed or attacked suddenly, often times a stronger, heavier attacker will attempt to strangle or hold us from fleeing or forming a defense. A strong hold on the neck can be the end of nearly anyone.

Your survival depends upon breaking a hold on your throat or body. A tactical pen can make this difference.

So long as you can grab hold of a tactical pen, you have the opportunity to stab or gouge eyeballs, jam it into the ear lobe of your attacker, or just about anything involving damaging his face, throat, mouth, nose, ears, and eyes. Anything and everything is open when your life is at risk.

So why wouldn’t a knife be preferred?

In a sudden ambush, you likely won’t have time to draw a knife. More importantly, your attacker would be looking for a knife to come out and would likely swat it away if you are already in a rear choke hold.

That’s not to say a blade wouldn’t be very handy.

Some tactical pens, in addition to looking inconspicuous, can have a blade or spike attachment. While your attacker’s attention is on strangling you, you have some fantastic opportunities to strike a horrible blow to his groin, hips, and ribs. Don’t forget the ribs. No matter how muscular your attacker is, his ribs are still the only tough barrier between his lungs and the outside world. Give him a new hole to breathe out of with a firm downward strike with the spiked end of a tactical pen.

One of the great things about a tactical pen is, also, if you drop it or screw up, there’s potentially less chance in your attacker thinking you had a weapon in the first place. That’s not much of a consolation if you find yourself in the situation where you do fumble your one chance for survival out onto the cold, hard floor, but at the very least, it’s one less thing he may think to use against you.

Weapons that aren’t readily seen as weapons have the opportunity for a second life in extreme close-quarters combat. Tactical pens may just fill that niche.

Pistol Caliber Carbines: Are They Worth the Hype?

Homeowner Defends Himself from 4 Attackers with AR-15, Killing Two

Homeowner Defends Himself from 4 Attackers with AR-15, Killing Two