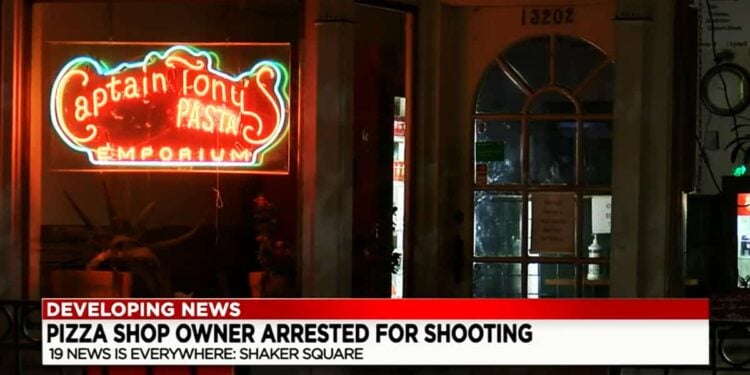 61-year-old Inchul “Scott” Kim was arrested after he shot a former employee of his pizza shop after a verbal altercation that allegedly turned physical.

Kim was aiming for the ground when he shot former employee Travis Simpson, 29. The altercation started inside the pizza shop, where Kim claims they then went outside of the shop to hash things out before Simpson allegedly began attacking Kim. Simpson then came back later with a baseball bat, confronting him behind the shop while Kim was at his car. That is when the pizza shop owner retrieved a gun from his car. While attempting to aim his gun at the ground, Kim fired his weapon with what seemed the intention of a warning shot but instead struck Simpson in the leg.

Simpson was hospitalized but expects to make a full recovery. He also actually claims his side of the story involves Kim initially starting the physical attack. Kim ended up being arrested and the investigation is ongoing.

Focusing on Kim with the firearm, there are quite a few things to be revisited when it comes to firearm safety. Finger off the trigger until you are absolutely ready to fire. Could he have been waving the weapon to the ground with a finger on the trigger? What’s also key here is (knowingly) pointing your weapon in a safe direction.

As for warning shots, this threads a needle as to how they are not effective as one would think. If you are possessing a weapon in regards to self-defense, you have to be ready to use deadly force to defend yourself and immediately eliminate the threat rather than use it for fear factor purposes.

If Kim’s story is the correct one, the warning shot still puts a bad wrap on his case. It displays a sense of negligence especially when his shot actually struck someone. Had he actually struck Simpson with intention, he potentially is in less trouble per se due to the nature of feeling his life was at stake. Still, warning shots are almost never ideal, and accident or not, you should always consider that you are never completely safe using a gun to protect yourself.